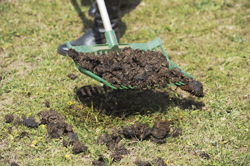 Encysted small redworm - how to help your customers get the message

Despite the best efforts of SQPs and vets to help horse owners understand and implement the right worm control plan, it seems we still have plenty of work to do, reports Dr Wendy Talbot, national equine veterinary manager at Zoetis.

New data from this year’s National Equine Health Survey (NEHS) has shown that almost a third of horse owners are using the wrong wormer or one to which there is widespread resistance, when they treat their horse for encysted small redworm.¹

The figures are worryingly similar to last year’s results, which suggests that the messages about responsible worming are simply not getting through.

What can we do about it?

The challenge for us as vets and SQPs is to explain the grave health risks and resistance issues posed by encysted small redworm if owners continue to make mistakes about worming.

To help you, we have produced a reminder of the top ten points to raise with your customers when selling a wormer to treat encysted small redworm, together with answers to some of the most frequently asked questions.

What is the main parasite that can affect my horse?

The most common parasite to affect horses today is the small redworm (small strongyle/cyathostomins), which, in its encysted form can cause diarrhoea, rapid and severe weight loss, as well as life-threatening colic.

What happens if I overdose my horse?

If you think you have overdosed your horse you should always contact your veterinary surgeon for advice. As with all drugs, it is important to dose accurately and in accordance with the manufacturer's recommendations or those given by your vet, especially in low bodyweight animals or foals.

Underdosing should not do any immediate harm, but the wormer may not be as effective as an accurate dose, therefore the horse may be left at risk of parasitic-related disease. In addition, by exposing the worms to the drug but perhaps not at a sufficient dosage to kill all of them, you can have issues with development of resistance. These worms that survive treatment may pass on their more resistant traits to subsequent generations driving resistance to that drug.

How important is it to weigh horses? Can't I just guess his weight or give him a whole syringe?

Establishing a horse's weight by guessing and not using a weigh tape or weigh-bridge, means you risk giving your horse an overdose or insufficient dose of wormer. By not giving your horse enough treatment for its bodyweight you risk giving a sub-lethal dose of the drug, which will not be enough to kill all resident worms - under-dosing (see above).

If I don't use a whole syringe, can I use the remaining wormer next time?

Always refer to the packaging of the product to see how long the product can be used once open. Remember the product must be stored according to the package instructions and not accessible to children, or other animals. Empty syringes must be disposed of safely.

Can I find out if my horse is resistant to a worming product?

It’s not actually the horse that’s resistant to a worming product, it’s the parasite population carried by the horse and on the pasture it grazes that is no longer susceptible to the drug used. The active ingredient of the horse wormer kills the sensitive parasites in the population, but those parasites not affected go on to create new generations of worms that become resistant to the drugs used. Inappropriate, frequent dosing or under-dosing can cause resistance to occur, as can the effectiveness of the wormer.

It’s important to discuss your worming plans with your vet or Suitably Qualified Person (SQP). They will assess the likely challenge of resistance versus the threat of clinical disease to your horse before prescribing the most suitable wormer for the parasite being targeted. Your vet or SQP may wish to carry out a faecal worm egg count reduction test to assess the resistance status of worms within the population your horse is exposed to. This involves taking a faecal worm egg count before worming and then taking another a couple of weeks after worming to check the effectiveness of the wormer used. It is most usefully performed on a herd basis (at least six horses in the same grazing group).

While more than 77% of respondents to this year’s National Equine Health Survey intended to treat their horse for encysted small redworm, of the 89% of respondents who could remember what they used only 68% had correctly used moxidectin either as solo therapy or in combination with praziquantel (compared with 64% in 2015). 5.2% had used a 5-day course of Fenbendazole, a product which is licensed but for which resistance has been widely documented.² However, of the remainder, 19% had used ivermectin (22.5% in 2015) and 7.5% had used other products, none of which are licensed or effective against ESRW.

We all know that worming can be a bewildering and confusing subject, even to the most conscientious of owners. It makes the job of a trusted professional even more important but with your informed and intelligible advice we can help them get it right and keep their horses healthy.

1. NEHS The National Equine Health Survey, conducted by the Blue Cross and supported by Zoetis, was completed by 5635 horse owners and keepers in May 2016, with records returned for 16,751 horses. The survey contained questions on general horse health, care and management and was validated by Professor Josh Slater of the Royal Veterinary College.
2. Matthews (2008) Equine Veterinary Education, p 552-560
3. Dowdall S.M.J. et al (2002) Veterinary Parasitology 106, 225-242