All ETN readers are welcome to test their knowledge by taking the quiz that follows this feature. Everyone who reads the feature and submits correct answers to the quiz will receive CPD recognition from British Equestrian Trade Association.

Your update on safety standards and rules

We have seen considerable changes to the landscape of both riding hat and body protector standards over the past five years.

A great deal of work involving the British Equestrian Trade Association (BETA) and member manufacturers from the UK, as well as companies across Europe, has resulted in revisions to both hat and body protector standards. Although the process is not complete, we are much further down the line than even just six months ago.

The standards most commonly found in hats on the UK market – which will be offered to retailers – are likely to be those that our riding disciplines and associations accept within their sports.

Most disciplines and equestrian bodies have taken British Eventing's lead in allowing a full range of international standards. Many require a Kitemark, SEI or SAI quality mark, although the Snell standard has its own official label and licence number.

The most commonly listed standards and specifications are:

With regards to the new European standard EN 1384:2017, although there are some hats on the market that have been made to the new standard, until it is harmonised it is unlikely to be Kitemarked and thus the majority of disciplines are waiting for this step before allowing it under their rules.

Older versions of existing standards are likely to be phased out over the next few years. Please note:

• Some standards feature more than one date. This is because they have been updated and it is not always a reference to performance. In the case of PAS, however, the later date shows a significant improvement in flat-surface impact protection and mechanical strength.

• UTAC/CRITT does not carry an assumption of conformity for CE marking, which is a requirement on safety products to show conformity to PPE regulations.

• VG1 was introduced as an interim measure for the purpose of CE marking until EN 1384:2017 is finalised. It is likely to be phased out over the next few years as manufacturers move to the new European standard; disciplines will be advised to include it within their rules for as long as necessary.

The new standard EN 1384:2017 was published last year across Europe following a positive vote among EU nations. We have been awaiting its harmonisation through publication in the official journal because this paves the way for companies to CE-mark their hats against this standard.

In November 2017, we received news through the EU committee responsible for hat standards (TC158) that the commission was not happy to harmonise the standard, despite the CEN (European standards committee) consultant giving it a positive assessment.

This is very disappointing after all the work put into creating a standard that offered a greater level of protection than the previous version and answered the objections that had led to the standard’s withdrawal in 2014.

Why is this a problem?

All products placed on the market in Europe that are personal protective equipment (PPE) must meet the basic health and safety requirements referenced within the PPE Directive, which is soon to become a regulation.

In doing this, companies earn the right for their products to bear the CE mark, which is a legal requirement for all PPE products. The easiest way for a manufacturer to do this is to make its products to a harmonised standard because these carry a presumption of conformity to the PPE regulations.

Where are we now?

In developing the new EN 1384 standard, members of the Working Group 5 (WG 5) – which includes BETA – aimed to deliver a standard that would be accepted and used across Europe, and produce hats that were safe, affordable and wearable.

To do this, there had to be a degree of compromise on the level and number of tests included within the revised standards. Although a standard based on our own PAS 015 was mooted, this was roundly rejected by some of the other EU nations involved. A compromise was reached that answered all the questions raised by the commission and would see a real increase in performance and thus safety in the hats made to the new standard.

A meeting of those involved, including a representative of the commission, was held in January to discuss a way forward. A submission has now gone back to the commission from WG 5 through TC158 and further communication from the commission is now awaited as to its final decision on the fate of EN 1384.

Although EN 1384:2017 testing is an improvement on the past, it still lags slightly behind PAS in several areas. However, it is virtually identical to the VG1 that is being used for the purpose of CE marking in the interim.

The main changes from the old to the new European standard include:

• Higher requirements on the flat anvil test. A greater height is used when dropping the hats on to the anvil so that the hats hit the anvil faster and thus with more force.
• Introduction of a mechanical strength test that measures the lateral rigidity of hats. This is sometimes mistakenly referred to as a crush test. The hats are subjected to a force of 630 N [newton], which is lower than when testing to the PAS 015 but greater than in the UTAC /CRITT specification. It should be noted that neither the ASTM nor the Australasian standards includes this test.
• An increased number of helmets put through a more demanding pull-off test.

British Eventing, British Riding Clubs and the Pony Club now share hat tag colours so that when a hat is tagged by one of the organisations it will also be accepted by the other two. The colour of the tag this year is aqua.

All of the disciplines are fully behind BETA’s Safety Week, which is being launched this year and will run from 28 April to 6 May. BETA members interested in being involved need to sign up with the trade association to receive a resource pack and social media support, and have access to offers from suppliers who have also signed up to the event.

BETA launched what is effectively an amnesty initiative in conjunction with British Eventing in 2016, extending it a year later to the British Horseracing Authority, Point-to-Point Authority, British Riding Clubs’ Festival of the Horse and National Horse Trials Championships, and key Pony Club Championships.

The scheme encourages riders diagnosed with concussion to replace their hats in return for a voucher supplied by BETA. Those concussed in one of the supported competitions receive a £100 voucher to buy a new hat, while jockeys concussed during a race receive £80. Although only valid for purchases of jockey skulls when coming from racing, this year the scheme has been extended in the other competitions to all types of protective hats.

All hats involved in an incident are sent to BETA for use in ongoing research conducted at University College Dublin. To date, 72 hats have been received and there are some fascinating results emerging, including invaluable information about the degree of damage suffered and the link with the type of surfaces the riders landed on.

The revision of the European body protector standard has been approved and was published last month as EN 13158:2018 in most European countries.

The next step we are awaiting is harmonisation in the official journal that, as with hats, will confer the presumption of conformity and thus ease the way for companies seeking CE marking on their garments. The next official journal is due mid-year and it is hoped that the standard will appear.

With no changes to the levels of protection, most retailers will see little difference to the garments that came before, apart from the change of label colour, 2018 seeing new colours introduced for all levels of protection – Level 3 Blue, Level 2 Orange and Level 1 green.

From a manufacturing and testing perspective, however, the standard revision has clarified areas of confusion around testing and consistency of testing, and has been able to increase rider comfort by allowing for a slight increase in the size of armholes, particularly significant for eventing riders and jockeys.

The BETA 2018 standard will be introduced within the next few months, ideally once the standard has been harmonised. Manufacturers will be able to continue to produce to the 2009 version until April 2019.

The disciplines that set a minimum standard for body protection (primarily Pony Club, British Eventing and British Riding Clubs) have now changed their rules to accept garments marked 2009 from this year onwards and all have indicated that they will accept the 2018 version when on the market.

They will continue to accept 2009 garments for years to come, as was the case with the 2000 version (only being removed from their rules this year), but no time limit has been set. It is likely, however, that they will continue to allow the 2009 version for at least the next six or more years, which equates to the typical life of a garment.

BETA continues to advise all riding organisations to accept both 2009 and 2018 BETA standards for the foreseeable future in their rules.

BETA introduced compulsory continuous professional development for City & Guilds-qualified fitters for the first time in 2017 and it is now in the second year of a two-year cycle.

Each CPD period of two years requires fitters to secure 20 points from written and face-to-face modules, which are free wherever possible.

Complete the quiz on the next page for three CPD points (you must answer at least seven questions correctly) and keep an eye out for new opportunities over the next few months. New to the programme is a series of factory visits to BETA member manufacturers Charles Owen, Champion and Racesafe at which valuable CPD points can be earned.

All stores with C&G-qualified staff are issued annually with window stickers to enable customers to identify them as qualified. Multi-part recording sheets for fittings are also available to all members to ensure accurate records are collected at every fitting.

There are a number of opportunities this year to become City & Guilds-qualified, so, if you are interested in gaining this prestigious qualification, contact the BETA office and check out details for the exam, which is being held on 11 April (Chartridge Lodge, Chesham, Buckinghamshire), 20 June (Aberdeenshire) and 12 September (The Vale Resort, Hensol, near Cardiff). 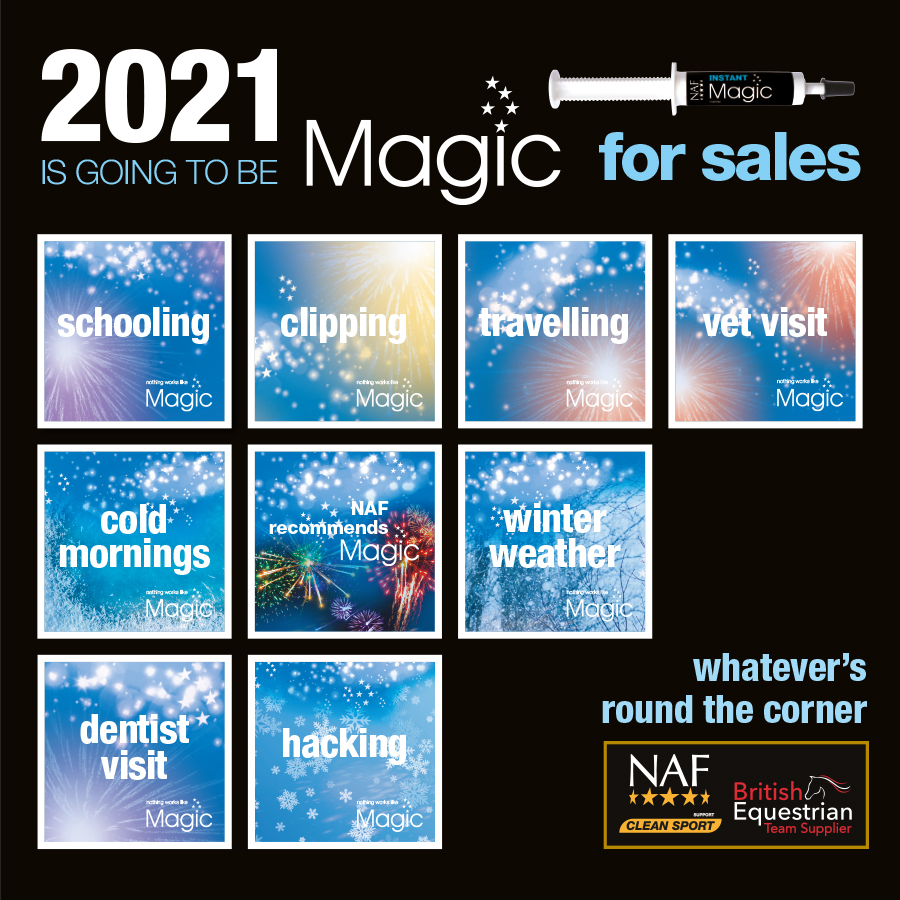 “WE CAN SUPPLY SADDLES IN UNDER FOUR WEEKS,” SAYS WALSALL MANUFACTURER

This website uses cookies to improve your experience while you navigate through the website. Out of these, the cookies that are categorized as necessary are stored on your browser as they are essential for the working of basic functionalities of the website. We also use third-party cookies that help us analyze and understand how you use this website. These cookies will be stored in your browser only with your consent. You also have the option to opt-out of these cookies. But opting out of some of these cookies may affect your browsing experience.
Necessary Always Enabled

Any cookies that may not be particularly necessary for the website to function and is used specifically to collect user personal data via analytics, ads, other embedded contents are termed as non-necessary cookies. It is mandatory to procure user consent prior to running these cookies on your website.