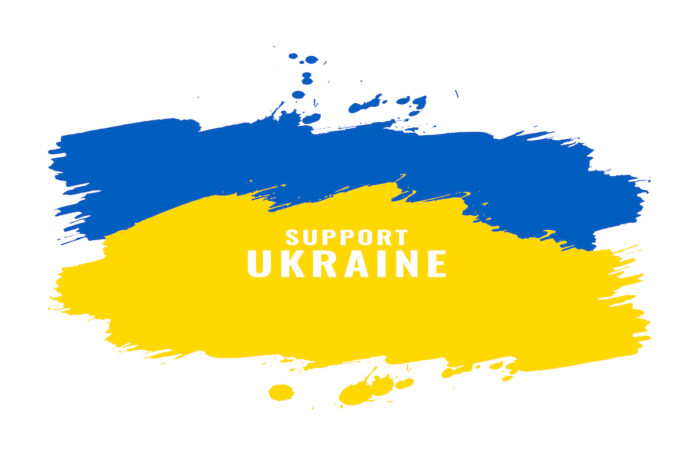 Eight lorries packed with feed, forage and bedding left Country Haylage’s Somerset base for the Polish border with Ukraine on Monday morning.

The aid mission to help horses abandoned and stranded due to the Russian invasion has been organised by company director Ross Giles.

Support has flooded in from Country Haylage’s customers, colleagues and other companies from across the trade, with more than £30,000 in cash and £60,000 worth of products amassed.

“It’s amazing how everyone has come together,” said Ross, who’s been arranging the logistics of getting the goods to where they’re most needed.

“It’s helped that we [Country Haylage] export into Europe, so I know about doing all the paperwork,” he told ETN.

Although relieved that his convoy was booked onto DFDS ferries - and not a disrupted P&O crossing - Ross admitted the journey to a destination close to a war zone was not without hazards.

“We’re told there is tension where we’re going; it’s only about 40 miles from Ukraine’s main airport,” he said. “But we had plenty of volunteers to drive the lorries – including my father [Andrew Giles] who’s taking an artic.”

Recent contact with people on the ground in Ukraine has made Ross determined to help.

“The situation is dire because Ukraine is a big country and its transport network is at a halt; that’s why they’re not getting goods through [to the horses].

“Some horses from bombarded areas are in holding yards [where feed and bedding are in perilously short supply]. But even owners outside of the most dangerous areas are still having difficulty getting supplies [of feed, haylage and bedding].

“It’s horrible to think of having to leave horses behind because of what’s happening. I’m just glad we’re able to help in some small way.”

Generosity at a time of need

Across the equestrian industry, companies from big brands to independent retailers have been doing their bit to raise money for Ukraine’s horses.

Many have directed donations of cash – raised from raffles to open days - and goods via British Equestrians for Ukraine.

How to help: a message from Ukraine

The Ukraine Equestrian Federation has issued the following statement:

All at the Ukrainian Equestrian Federation have been touched by the amazing response to our calls for help and donations to our www.helpukrainehorses.eu fund, the kindness of equestrian communities across the world has been generous and instant.

The situation in our country for equines is exceptionally challenging and constantly evolving and we thank everyone for their patience.  We are beginning to see our collaborative efforts with a number of organisations beginning to have an impact for those who need help.

We are extremely grateful to the many breeding societies, equestrian federations and charities such as the FEI, The Finnish Equestrian Federation, British Equestrian, World Horse Welfare and individuals from many countries around the world for their ongoing support to help with a hugely complex operation in what is essentially a war zone.

We continue to need aid and now supply channels are being established, we ask all of our supporters to follow very clear guidance to make sure support is handled in the most effective way – for you and for us to facilitate getting aid into the country.

We would ask that you please refer to our website www.helpukrainehorses.eu to see the latest logistical advice as these logistics are evolving all the time in this dynamic situation.

What we do ask please, is to try very hard to coordinate with fellow donors to supply at least larger quantities of feed, packed on euro pallets and following the guidance on the website. Trucks with larger quantity of aid are more efficient to deliver and distribute - they can go directly to the border with Ukraine and from the border to the warehouse in Lviv. Only small loads/shipments can be brought to Lesna Wola and will be used for evacuated horses staying in Lesna Wola.

Please do not simply turn up at the Polish/Ukrainian border with stock/aid. There are currently very long lines of lorries and correct accreditation is required, without it you could face long delays.

We are working on setting up a rail depot in Berlin, Germany which will take aid directly into the heart of Ukraine. Only full, wrapped pallets will be accepted here. Please follow our website and social media for progress updates on this.

Through help from the FEI Solidarity Fund, we are setting up a stable facility at Lviv with 40 boxes to house horses in transit as we begin to evacuate more from danger. We continue to work with a number of individuals on both sides the border to establish stop over locations for horses. Some will remain in the west of Ukraine and some will move further west into neighbouring counties.

There is also a requirement to establish quarantine stations for horses to complete their health requirements prior to their onward journey.

We have had very generous offers from a number of logistics/horse transport companies all over Europe but crossing the border into Ukraine remains complex for a number of reasons and the logistics of moving horses is extremely challenging.

Michaylo Parkhomchuk, secretary general of the Ukrainian Equestrian Federation said: “Our small team has been inundated with messages, emails and calls and we’re very humbled by the support we’ve had but would ask that everyone is patient while we try to keep up with our inbox.

“The actual situation is that we are forced to act during war and in a war zone - as Lviv has already been bombed several times, there are no safe zones anymore and there are no guarantees that logistics or any services in Ukraine will work as intended.

“The ongoing war makes even the simplest things difficult. This will not deter us from the absolute focus to assist as many horses and owners in our country as we possibly can during these dark times. РАЗОМ ПЕРЕМОЖЕМО [Let’s win together].

We’ll issue a weekly update of what has been achieved and how those who want to provide support can best help with clear instructions and guidance, that way the aid is expedited to where it’s needed as smoothly as possible.

We’re still asking for financial donations which will help with the evacuation and housing of equines via our Charity Foundation or a trusted official fundraiser in your country. On behalf of the Ukrainian horses and their people, we thank everyone for their generosity and kindness.