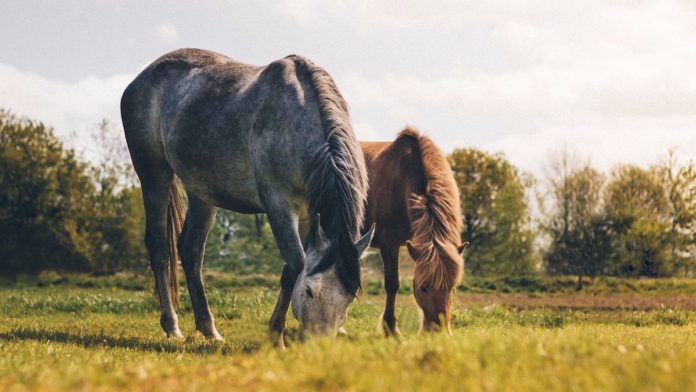 Where are we now?

There’s no longer any place for regular chemical worming programmes in horses. Over the last 20 years, research has unequivocally proven that our reliance on regular treatment has come at a cost. Parasite control is yet another area of our lives where we need to be focussing on sustainable solutions to the problems facing us and minimising chemical exposure of our horses, the worms and the land.

The latest research data on chemical resistance shows there now isn’t a drug to which small redworm, arguably the most dangerous and certainly most numerous horse parasites, aren’t showing some degree of resistance.

This is a massive red flag! We can no longer give a horse a wormer and expect it to work. With no new drugs on the horizon if we carry on asweare,wewillgettoa situation where there aren’t any effective chemicals to treat the parasites. So what can we do about it?

Worms have to be exposed to a drug in order to develop resistance to it, so it stands to reason that the fewer chemicals we use, the more we can slow down the development of resistance. But simply widening the gap between worming doses isn’t good enough either. The lifecycle of the small redworm is between 5–6 weeks from egg to adult worm so a brewing parasite challenge can quickly get out of hand.

It’s also impossible to look at a horse and say whether or not it has worms. More often than not horses can harbour large numbers of parasites and show no external symptoms before real harm is done.

The good news is that, unlike in drug development, science is on our side. We can and should be turning to evidence based control to keep our horses healthy and target wormers and there is an increasing variety of tests and techniques to do this. Statistics show that faecal egg counts can reduce wormer use by up to 82% (Lester & Matthews, 2013) and 86% when it comes to tapeworm (Lightbody et al, 2017). We need tobe switching our retail strategies to recommend testing before worming.

THE PARASITES THAT AFFECT HORSES

There are eight major parasites that affect horses; let’s look at the techniques that can be used to detect them before we step in with a wormer.

For adult stages of redworm and roundworm, regular worm egg counts are the best and most cost effective way to monitor these parasites. This test is the cornerstone of any parasite control programme.

A single worm egg count is a useful snapshot but it’s a series of counts across a season that really helps to build up a picture of a horse’s immune health. Usually, in a herd of horses kept the same, 20% of the horses will carry 80% of the worms; some are naturally more susceptible to parasites and this can be influenced by a range of factors such as genetics, breed, age, behaviour etc.

Rising worm egg counts in a horse that has always returned a low count can be a sign of immune challenge such as the onset of cushings, EMS or some other systemic condition. It would be worth getting the owner to speak to their vet if you see this pattern developing.

Part of getting a good result depends on a good quality sample.

• At Westgate we ask for 3-4 pinches of dung from across a fresh dropping – the eggs of the redworm and ascarids will be pretty evenly distributed but this gives extra insurance.

• Fill the pot to ensure there is plenty to test, excluding the air gap to help preserve the sample – you wouldn’t believe how stingy some people can be with this almost unlimited commodity!

• There is a window of approximately 6 days to get a viable result.

At Westgate Labs we use the modified Macmaster technique – if you use a different lab it’s worth asking which technique they use so that you know you’re getting a reliable test and can compare apples with apples.

Worm egg count results will state what sort of eggs, if any, were seen in the sample and then express the quantity in eggs per gram (e.p.g.). From this we can place results in the low, medium and high category with anything above a low count usually treated with an appropriate wormer.

A worm egg count can’t detect encysted stages of the small redworm as these are immature and therefore not egg laying. As a potential mass emergence of these can be so dangerous, every horse has been previously recommended to have a proactive dose for this in the late autumn/winter.

That was until a ground breaking blood test became available in 2019 developed by the Moredun Research Institute and Austin Davies Biologics. This has the ability to detect encysted as well as adult stages of this parasite. Current advice is to test only low and medium risk horses and to treat high risk animals proactively. The blood test results return a serum score and a probability of infection and from this a veterinary decision can be made as to whether treatment with moxidectin is recommended.

The test currently has to be taken by a vet but a saliva version is in development. We need to embrace the fact that this option is now available; saving a moxidectin dose and helping to extend the life of this important chemical is a very good thing!

Tapeworm is the last of our list that we need to test for regularly. The eggs of this worm are secreted in the dung in packets so a worm egg count is not a definitivetest. Instead Austin Davies developed a saliva ELISA test to measure antibody levels that the horse produces to infection. It accurately detects levels to give a result of low, borderline or moderate/high and whether treatment is required. (A blood test is also available).

To take the sample the horse mustn’t have eaten, drunk or been exercised for 30 mins prior to collection to help stabilise the saliva.

Test for tapeworm every six months, at least four months after the last tapewormer has been given. Traditionally spring and autumn has been known as ‘tapeworm time’, however the test can be done year round. Some prefer to test summer and winter as it means if the winter test is positive then it’s easy to give a moxidectin + praziquantel combination wormer, particularly now that praziquantel as a single chemical is only available from a vet.

Pinworm is a parasite we’ve seen a big increase in over the last few years. These worms lay their eggs outside the horse around the anus area in a sticky substance which makes them scrub their tails. But horses itch for lots of reasons so an adhesive tape test will help to determine whether pinworm is the cause.

Pinworm can be tenacious and tricky to treat but we see best results with using the older style chemicals such as fenbendazole and pyrantel along with good stable hygiene.

Our next dubious character is the Liver fluke, a somewhat elusive parasite especially in horses. Not a true horse parasite fluke is most prevalent in those grazing with sheep or cattle on wet marshy ground. Horses are more resilient to fluke than their ruminant counterparts which makes it harder for a successful breeding cycle to occur. Conversely this means fewer eggs are shed which also makes them more difficult to detect in a worm egg count.

For this reason we take 3 samples from the horse over a 3 day period and pool these to take a worm egg count with a different flotation solution to the usualprocedure. To add to its mysterious nature the liver fluke is also seasonal so the best time to test if you suspect infection is between December and May. There is no licensed flukicide for horses and any ill health in a horse should always be referred to a vet. An ELISA blood test for liver fluke is also available via Liverpool University.

The Lungworm is ostensibly a parasite of donkeys but just like the liver fluke, horses that cross graze with them can also become infected. Again the parasite rarely reaches egg laying potential in the horse, it is often better to test the donkeys or mules thought to be the host of infection, rather than the horse that is coughing badly. Usually the donkeys are being stoic and the horse is the drama queen! Test year round with a Baermans faecal sedimentation test.

• Treatment is recommended if any evidence of lungworm infection is seen in the sample.

The last of our troublesome eight are bots. There’s no test for these but instead evidence of this flying insect can be seen in tiny pale yellow eggs laid on the horse’s coat through summer and early autumn. Bot infection is very regionalised and becomes much less prominent through the north of England and Scotland. Combine treatment with the winter worming dose after the first frost if necessary.

PUTTING THIS INTO PRACTICE

A healthy adult horse can follow a very simple pattern of testing and treatment that looks like this:

For young horses under four, horses at higher risk of parasite infection and rescue horses shorten the time between testing from 12 to every 8 weeks.

Foals will need proactive treatment up until the age of about 9 months old, combined with testing to monitor drug efficacy, after which they can switch to a test based programme. Add in any incidental tests as needed.

ETN’s series of CPD features helps SQPs (Suitably Qualified Persons) earn the CPD (continuing professional development) points they need. The features are accredited by AMTRA, and highlight some of the most important subject areas for SQPs specialising in equine and companion animal medicine.

AMTRA is required by the Veterinary Medicines Regulations to ensure its SQPs undertake CPD. All SQPs must earn a certain number of CPD points in a given period of time in order to retain their qualification. SQPs who read the following feature and submit correct answers to the questions below will receive three CPD points. For more about AMTRA and becoming an SQP, visit www.amtra.org.uk