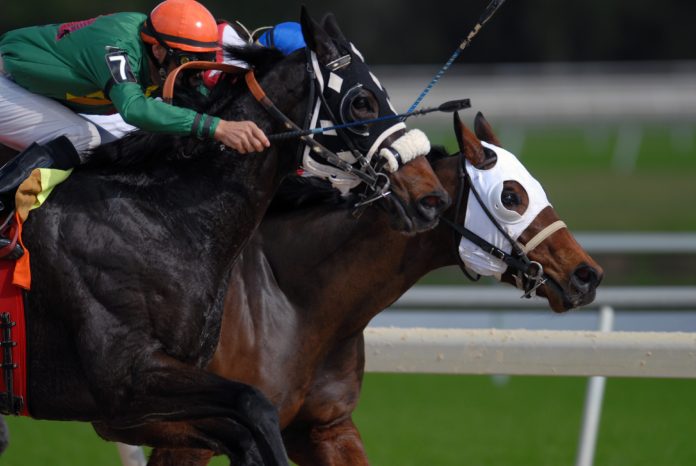 Equestrian retailers around the UK saw brisk buying of essentials last weekend as news of the coronavirus outbreak took a serious turn.

In Essex, more customers than usual were loading up their horseboxes with supplies of feed and bedding at Ingatestone Saddlery Centre.

“Some always do that, but there were more than usual and it was really busy,” said Mickala Stanford. “We didn’t sell out because we hold a lot of stock – and there was certainly no sign of people being reluctant to come out and visit the store.”

Devon based retailers Serpells likewise saw a rush for feed and bedding.

“People aren’t panic buying as such,” said Scott Serpell, “but we’ve been very busy. All we can do is ride the storm…”

It was a different story at Eland Lodge in Derbyshire which sells, in spokesman John Coupland’s words, ‘non-essential’ saddlery and clothing.

“There’s been a lack of footfall this weekend,” he told ETN. “It’s been much quieter than we would normally expect.”

Since Eland Lodge is also a competition centre, John added that they were waiting for guidance from the sporting bodies. “Like many people, we’re waiting to find out what happens next,” he said.

Yesterday (16 March), the British Equestrian Federation (BEF) and UK equestrian disciplines were closely monitoring the coronavirus pandemic in Britain and around the world and said they would follow government advice.

By this morning (17 March), all eventing was cancelled with immediate effect and, as the Government recommended an end to public gatherings, it looked likely the other disciplines would follow.

Inevitably, most other public equestrian activity from Pony Club rallies to local shows will follow suit.

Today the British Horseracing Authority has confirmed that all horseracing in Britain will be suspended with effect from tomorrow up to the end of April.

Then on Friday, the FEI world Cup finals in dressage and jumping, scheduled for 15 – 19 April in Las Vegas, were called off.

Twenty-four hours later, the FEI recommended the cancellation of all international competitions for four weeks. Badminton is due to take place beyond that timeframe - on 6 – 10 May. The event’s organisers said on Monday that preparations are continuing.

The RSPCA has issued advice for animal owners, including suggesting that DIY livery owners organise rotas to care for one another’s horses in the case of illness or enforced isolation.

Speaking on Radio 4, trainer Mark Johnson talked about the need to ensure horses’ care and welfare in the event of stable staff shortages. Mr Johnson, who is also a vet, reassured the listening public that horses are not affected by coronavirus.

Photo by Jeff Griffith on Unsplash