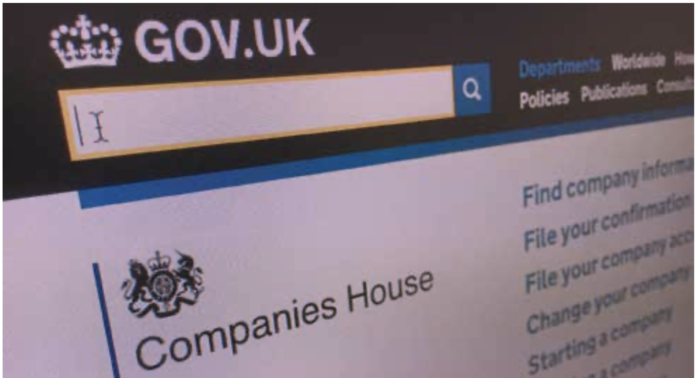 It’s easy for an individual to create a company and become a director – but much harder to spot rogues and fraudsters hiding under the corporate veil, says Peter Windatt.

R3, the association of business recovery professionals, says that “it’s far too easy for fraudsters to muddy the waters at Companies House by setting up different companies with different spellings of their name.”

The body has made suggestions for reform of Companies House. And the government closed a consultation on the subject last month.

SETTING UP A COMPANY

The government and Companies House websites offer a step-by- step guide to setting up a company, namely:

By law, no company can have the same name as another or that of an existing trade mark.

‘Same as’ is where the only difference from an existing name is punctuation, special characters (e.g. + sign) a word or character that’s similar in appearance or meaning or a word or character used commonly in UK company names. For example, Hands UK Ltd and Hand’s Ltd would be considered the same as Hands Ltd.

Quite simply, if the name is too similar to another company’s name or trade mark it may have to be changed if a complaint is made and Companies House upholds the complaint.

A good example would be Easy Electrics For You Ltd which might be considered the same as EZ Electrix 4U Ltd. In this situation, Companies House will make contact if they think the new name is too close to another and offer guidance on what to do.

Further, company names cannot be offensive or contain a sensitive word or expression, or suggest a connection with government or local authorities – unless permission has been obtained.

To add complication, it’s possible to trade using a different name from that registered at Companies House.

Rules also apply here, and so trading names must not be the same as an existing trade mark, include ‘limited’, ‘Ltd’, ‘LLP’, ‘public limited company’ or ‘plc’, or contain a sensitive word or expression unless permission has been granted. Allied to this, the trading name should be registered as a trade mark to stop others from trading under it.

A major concern for honest businesses is phoenixing – the practice of carrying on the same business or trade through a series of companies where each in turn becomes insolvent.

Every time this happens, the insolvent company’s business – but not its debts – is transferred to a new, similar phoenix company. The insolvent company then ceases to trade and enters into formal insolvency proceedings (liquidation, administration or administrative receivership) or is dissolved. No matter the route, it can leave a nasty taste in the mouth for those with unpaid debts.

Companies can be dissolved or face financial difficulties for a variety of legitimate reasons. Therefore, UK law allows owners, directors and employees of insolvent companies to set up new companies to carry
on a similar business as long as the individuals involved aren’t personally bankrupt or disqualified.

However, when a company enters liquidation (is ‘wound up’), insolvency law restricts who can reuse the company’s registered name and trading names.

“Phoenix companies leave a nasty taste in the mouth for those with unpaid debts.”

In general, anyone who was a director in the 12 months before the company went into liquidation is banned from taking part in the management of another business with the same name. This prohibition lasts for five years and also covers names which are so similar they suggest an association with the previous company.

Of course, some companies do fail because of director misconduct. It’s the Insolvency Service’s role to investigate and take action against those who have acted against the public interest.

When a company enters formal insolvency proceedings it’s managed by an insolvency professional – an Insolvency Practitioner (IP) or a government official called an Official Receiver (OR). They review the company’s affairs and consider the directors’ conduct.

The Insolvency Service also has discretionary powers to investigate companies that aren’t
in formal insolvency proceedings, if there’s reason to suspect serious misconduct. Ultimately, the Secretary of State has the power to seek a director’s disqualification.

The Insolvency Service can’t use its discretionary powers to investigate where a company has been dissolved as it no longer exists under law. A company would have to be restored in order to allow for this to happen – and there are organisations agitating for this to be made easier in the future.

As to what can lead to a director’s disqualification, there is no all-inclusive list. Each potential disqualification case is judged on its own merits, but examples of the types of behaviour that can lead to such a conclusion include: • Causing significant harm to customers, suppliers, etc
• Misusing a company’s assets.
• Breaking the law.
• Trading while insolvent when there is no hope of the company recovering.

Anyone can complain to the Insolvency Service, Companies House or the Serious Fraud Office if they suspect a limited company or its directors of fraud or serious misconduct.

DIGGING OUT THE DETAIL

Much can be found out about companies and their directors. Since June 2015, Companies House has given free access to over 170 million company records via https://beta.companieshouse.gov.uk/

From this site it’s possible to search for a company name, number or officers. The problem with director names is spellings – Joe James Bloggs may appear as J J Bloggs, J Bloggs, Jo Bloggs and so on – potentially all different people to a computer.

An alternative is to engage a credit information agency who, for a fee (and subject to good cause for the request being shown), will supply much of what’s needed. Such material is helpful to those about to supply someone they’ve never dealt with before.

While some often quote ‘buyer beware’ it really is a case of ‘seller beware’ too. As we’ve seen, it’s so easy to create a company and hide behind its corporate veil. Firms should take the time to know their suppliers and customers and if in doubt, take advice.

ABOUT THE AUTHOR: Peter Windatt FCCA, FABRP, is an accountant and Licensed Insolvency Practitioner at BRI Business Recovery.