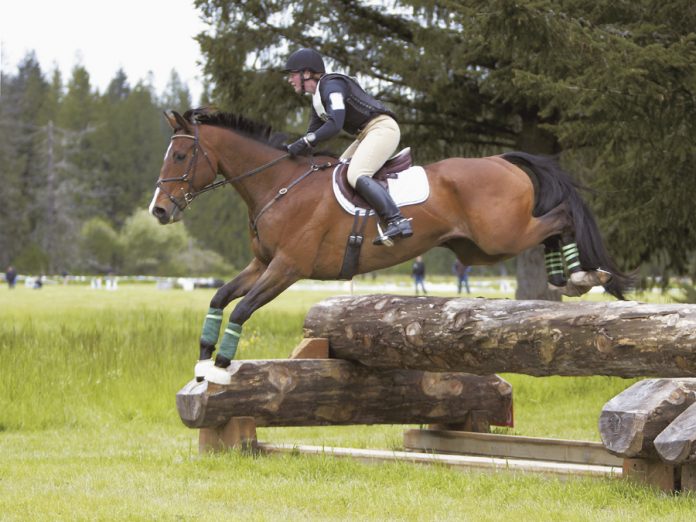 Electrolyte use can be a confusing area for customers. There are many opinions and many myths. Electrolytes are required for almost all bodily functions including nerve function, digestion and muscle contraction. The major electrolytes are sodium, potassium, chloride, calcium and magnesium. Electrolytes always exist as mixtures of more than one chemical e.g. sodium chloride; more commonly known as table salt, which is a compound of sodium and chloride, denoted by the chemical formula NaCl. Another example is magnesium aspartate – an electrolyte combined with an amino acid. Electrolytes are necessary for urine production and so are lost on a daily basis in urine, as well as in faeces. If a horse is exercising and sweating then electrolytes are also lost in sweat. Around 9g in total of sodium, potassium, chloride, calcium and magnesium are lost in each litre of sweat. Sweat is made up of around 55% chloride, 32% sodium, 11% potassium and 1% calcium and a small amount of magnesium. Sweat also contains a protein called latherin which makes sweat foamy and helps it to spread out over the coat and evaporate more efficiently to help keep the horse cool. As horses get fitter their sweat becomes more watery and less foamy.

It is very common for horses not to be receiving enough electrolytes. Electrolyte deficiency and imbalance usually takes weeks or months to become a problem and can take weeks or months to put right. Signs of electrolyte deficiency or imbalance can include poor performance, slow recovery after exercise, muscle problems (such as tying-up), reduced sweating, increased risk of fracture and “thumps” (synchronous diaphragmatic flutter), which is most common in endurance horses but can occur in any horse. It is very unusual for horses to be fed too much electrolyte, provided that you stick to manufacturers’ recommendations. Signs that you are feeding too much electrolyte could include feed refusal, excessive drinking (more than 4 buckets per day), a very wet bed and/or loose droppings.

Hard feeds and forage do contain electrolytes but will usually not replace what a horse in work uses up each day, especially in warmer weather. Horse diets in general are usually high in potassium but deficient in sodium. Forages (grass, hay, haylage) are low in sodium. Sodium is the most important electrolyte when it comes to regulation of thirst. A number of studies have shown that horses do not regulate their salt (sodium chloride/NaCl) consumption to match their needs from free choice salt when provided in the form of blocks or licks. A 500kg horse would typically benefit from the addition of 1 x 25ml scoop of table salt to the diet per day. The best strategy for feeding electrolytes for horses in work is to feed the same amount every day and allow the horses kidney to work out what it needs and allow it to excrete what it doesn’t and not just on harder work days or when competing.

The stomach and small intestine are major sites of electrolyte uptake into the body. Not all of the major electrolytes are absorbed as efficiently. For example, most of the sodium and potassium taken in are absorbed but only around 50-60% of the potassium, calcium and magnesium taken in are absorbed. Horses can store electrolytes but if you feed excess then they will drink more and excrete the excess in the urine. Electrolytes can irritate the stomach and contribute to gastric ulcers and can cause pain if horses have gastric ulcers. Think of rubbing salt in an ulcer on your hand. Sugar is not needed for absorption of electrolytes but can help with palatability.

It is a myth that horses cannot store electrolytes, but you cannot and should not try to “load” horses by giving them a large amount of electrolytes on the day of a competition. This will not correct a long term deficiency and you risk putting the horse off its feed or upsetting the hindgut, and the horse will simply excrete the majority in faeces and urine. Blood electrolyte levels are a very poor indicator of electrolyte status except in the case of very sick or very deficient horses. The body attempts to maintain “normal” blood levels even if the levels in tissues and organs are low. For example, blood calcium level may be normal because the horse is breaking down bone to maintain the blood levels which in the long term can increase the risk of a fracture.

The only sure way to know exactly if you have your electrolytes right is to do a full diet analysis and then ask your vet to collect paired blood and urine samples. You can then tailor your electrolyte management for each individual horse. You will probably need to repeat this over 2-3 months. This is usually only required for high performance horses, horses that don’t respond normally to supplementation or horses with ongoing problems such as tying-up.

Excessive feeding of electrolytes can increase water intake and may also lead to gastric ulceration, worsening of ulcers if they are already present and hindgut disturbance (loose droppings to scouring) but in my experience this is very rare. Most horses are likely to be under supplemented. An excess could be supplementing more than 100g per day in cool months when the horse is in light work, or more than 200g per day in the summer when the horse is in hard work.

It is much better to feed a slight excess of electrolytes and allow the horse to regulate to what it needs by excreting what it doesn’t need. This of course requires sufficient water to be available. If you feed too little the horse can try to conserve electrolytes, but only for so long. Eventually an imbalance will occur or the “normal” levels will not be able to be maintained.

It is commonly advised not to give electrolytes to a horse that isn’t drinking. If a horse has worked hard and has lost a lot of electrolytes in sweat, then if they are not drinking this is not a good sign. If they continue not to drink this can increase the risk of impaction colic. Giving a concentrated electrolyte paste may stimulate a horse to drink and is safe provided they have access to water. It is often said that electrolytes draw water into the stomach and this is why they should not be given, but this is what actually activates the horses thirst mechanism.

What a horse needs in terms of electrolytes will be determined by a combination of diet, work, breed, fitness, weather and also how well it absorbs the different electrolytes.