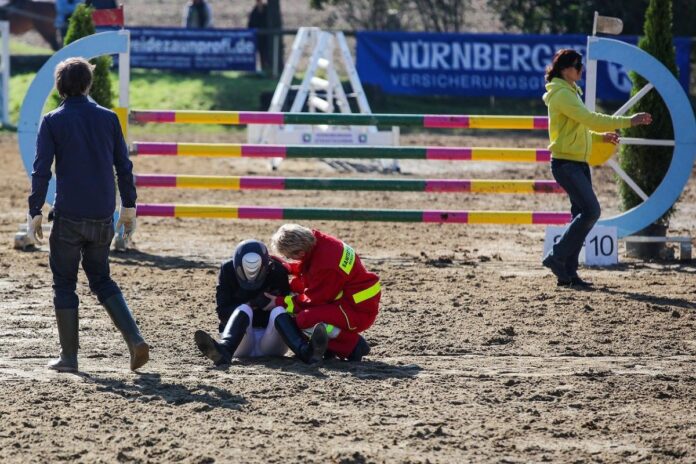 Data could be useful to riding hat and body protector manufacturers, says medic.

Dr Diane Fisher, a consultant in major trauma and emergency medicine at the University Hospitals of North Midlands NHS Trust, has been appointed by the British Equestrian Trade Association (BETA) as its chief medical officer.

She will sit on the BETA Safety Committee, spearhead initiatives to improve the reporting of equestrian accidents, assist with BETA’s safety equipment fitting courses, and provide guidance and advice to member companies.

“Rider safety sits at the very heart of BETA and I’m really looking forward to helping to make a difference,” said Diane.

“I know that details of equestrian sport injuries are not recorded by hospitals and I really want to get something done about this. We need this data, which should be collated on a national level so that we can feed it back to safety garment manufacturers.

“Riders can get a raw deal when they come into hospital. Medics understand the potential for injury in a motor accident, but they don’t always when it comes to equestrian incidents.”

BETA executive director Claire Williams said: “Diane is a breath of fresh air and so enthusiastic about supporting us in our efforts to promote rider safety among consumers and the trade.”

“Some riders really don’t help themselves when they put on a stiff upper lip and withhold what could be crucial information to the medical team and they end up under-triaged,” said Diane.

“They really need to know the basics, such as what to tell the paramedics when they arrive at the scene or what to do when there’s an accident and people are worried about moving a rider’s neck.”

Diane lives on the family farm in Cheshire with her husband, Stuart, three horses and three dogs.

She competes in low level dressage and trains with Pammy Hutton at The Talland School of Equitation. She’s currently awaiting grading confirmation to allow her to compete as a para rider because of nerve damage sustained in her lower leg following a non-equestrian accident 15 years ago.

Diane takes over as BETA chief medical officer from Dr Michael Whitlock, an A&E consultant until his retirement last year, who supported the trade association for more than two decades.

Diane formed her All the King’s Horses Instagram and Facebook pages last year to educate riders about how they should respond to an equestrian incident.

“We would like to thank Michael for all the years of assistance he gave us,” said Claire. “We are immensely grateful.”