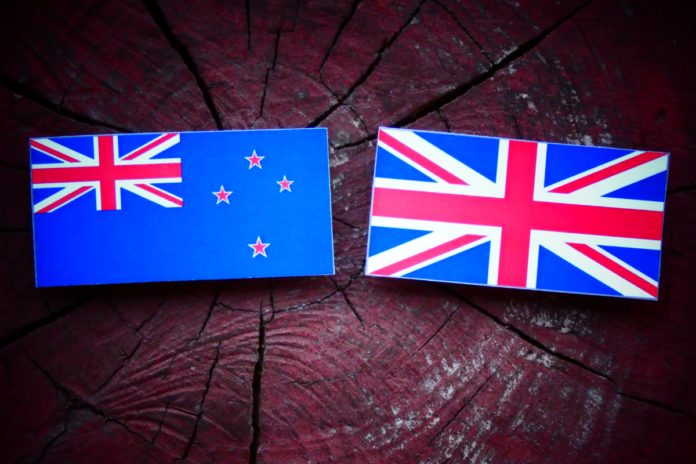 This award-winner’s career began when saddlers wore suits and ties to work.

Mick Pegg has been named ETN/SMS Bench Saddler of the Month for December.

The award, presented in conjunction with the Society of Master Saddlers (SMS), recognises those who uphold the highest standard of leathercraft skills.

Mick was nominated by Nikki Newcombe,managing director of Bliss of London, who says:“Mick came to work for us three years ago after our take-over of Keith Bryan Saddlery.

“He doesn’t mind me saying that he’s one of the older saddlers in the town [Walsall], still working at the age of 73 – and, thankfully, with no intention of retiring.

“Amazingly, Mick has won the SMS National Saddlery Competition six times, which may be a record. He’s also been a master at making polo saddles for almost 50 years.”

Born and bred in Walsall, the heartland of British saddlery, Mick left school aged 14 and was sent to the Walsall School of Art. There he gained a Master Craftsman certificate which covered everything from pattern cutting for clothing to learning to use machinery.

“That college course gave me so much confidence to try and make anything, which has stuck with me,” says Mick, who has no equestrian background.

During his college years, Mick started working at Walsall manufacturer Eldonian, making sword scabbards for the Household Cavalry and saddle stools for pubs.

“There were probably almost 400 workers at Eldonian then,” he recalls.  “On the first floor, there were about 200 women and I used to be so embarrassed that I almost ran through the shop as they wolf whistled after me.

“The saddlers used to come to work in suits and ties which certainly drew all the attention from the girls. Saddlers were on high wages in comparison to other skills in those days, so they were considered a good catch!”

Thus inspired, Mick asked if he too could become a saddler – to be told that he I was too old at 16; you had to start at 15.

Mick had a strong work ethic from an early age. Another job while still at college involved helping a friend who had started the fashion store Oasis and owned the London Leather Goods Company manufacturing fashion items.

Mick worked on handbags and belts for Carnaby Street and Saville Row. He also got a job at Sainsbury’s in the evenings.

Off to New Zealand

On leaving college, Mick spotted an advert for a position in New Zealand setting up skiving machines, which reduce the thickness of leather by slicing it.

“The interview was at an hotel, and the queue was almost a mile down the street. However, when they realised I had the Master Craftsman certificate, I got the job. But there was just one catch - you had to be married…

“So I proposed to my girlfriend, got married and off we went to New Zealand for three years.”

On a visit to Wellington Harbour on his day off, Mick spotted a shop displaying saddles in the window and went inside to ask if he could train to be a saddler.

He was told he needed to complete a five-year apprenticeship in the UK. Then, coincidently, health issues within his wife’s family brought the couple back to Britain.

When trade slowed down…

On his return to Walsall, Mick applied to train as a saddler at Sabre Leather. It was here he met Keith Bryan who became a good friend.

“I started my apprenticeship making polo saddles in 1973, and stayed through to 1980 by which time the trade had started to slow down,” he recalls.

Mick then turned to the leather upholstery business making Chesterfields. He also spent two years as a motor mechanic, before Keith contacted him about a position repairing polo saddles at Tackeria Store in Florida.

Excited about the promise of a perfect job, in 1990 Mick drove to Heathrow airport with £600 in his pocket ready to start.

“However, immigration decided that I had other intentions and the American embassy would only allow me two weeks’ stay, so I never made it to Florida,” he said.

A new niche beckoned as Mick was approached by another great friend Terry Clarke. “He was struggling for work ideas, so I suggested making kids’ furniture,” he recalls.

“We started The Little Furniture Factory and opened a shop on Broad Street, Birmingham making mini-Chesterfields and alike. Our first client was a Russian ballet dancer.”

Mick then returned to work for Keith Bryan in Walsall, making the famous Polomaster saddle ridden in by the world’s top high goal players. And this is where he stayed until 2019 when Keith retired and Bliss took on the manufacturing.

As well as specialising in polo saddles, Mick learnt CNC [computerised] machining and has created many of his own designs, including some beautiful saddlers’ tool holders.

“I love this trade for the craftsmanship it brings and for giving me a career,” he says.

“The worst side was probably years ago when the youngsters in the factories were fighting and generally causing mayhem. A certain person not to be named used to make mini bombs and one day let one off.

“It blasted a hole in the toilet wall, right at head height. Good job no-one was sitting down!”

One of the most unusual commissions Mick has undertaken was when a gentleman asked him to re-upholster a boat. “I went see it, and it was the size of the Queen Mary, sat there on his front lawn. That was a two-year project,” he remembers.

Of all the jobs he’s done over a long career, Mick says Bliss of London is definitely the best place to work. “They’re such a lovely group of people and there’s a calm atmosphere,” he explains.

Mick can lay claim to being the first saddler to introduce staple guns to the saddlery trade.

“I’d been using them in upholstery,” he says, “One time, Keith [Bryan] gave me a big order of Hermes saddles to do at home. The volume seemed endless, so I started using my upholstery gun for speed.

“I tried to hide the staples, but when other saddlers found out, they thought it was a great idea. They’re now commonplace in most workshops.”

Of all the changes Mick has seen in the industry, it’s the shrinking size of the companies involved that strikes him most. “From the old Eldonian days with hundreds of workers, to now much smaller businesses.”

He also remembers saddles being sent out from Walsall to the USA in beautiful wooden crates and stock-taking in the town’s old air raid shelters.

“Ultimately, though, the craftsmanship and skills have pretty much remained the same - which is wonderful,” adds Mick.

When he’s not working, Mick enjoys music and has a musical family. “I love to play the guitar,” he says, “and annoy my neighbours with rock, blues and jazz.”

Everyone is invited to nominate bench saddlers they feel deserve to be named ETN Bench Saddler of the Month. Candidates for the award must be a member of the SMS and based in the UK or overseas.