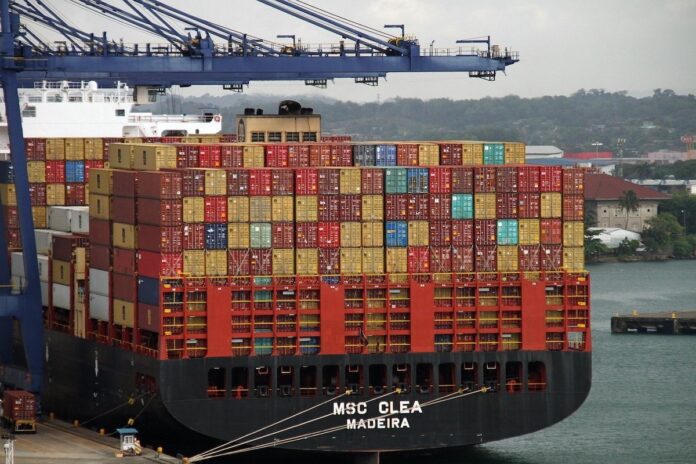 Equestrian companies among those affected as “everybody’s in the same boat.”

Brexit, Covid-19 and stockpiling early in the pandemic are being blamed for stock getting stuck at UK docks.

It’s caused what the mainstream media has described as ‘chaos’ at Britain’s biggest container ports such as Felixstowe (https://www.bbc.co.uk/news/).

As well as impacting last-minute supplies ahead of Christmas, the equestrian trade’s Spring rugs and clothing season could be affected.

And while some claim a switch to British manufacturing is the solution, there’s increasing concern about raw materials being held up in transit too.

“We’re all in the same boat,” a leading equestrian wholesaler told ETN. “It’s frustrating when you’ve got retailers waiting for their orders. But we’ve found the best policy is to be honest and keep communicating with them.”

Another importer of equestrian products told us: “It’s all a bit of a hangover from when people were panic-buying earlier in the year. We’re now playing catch-up and selling what we have while we have it.”

One distributor who admitted they’d been worried about “sitting on too much stock in June” is now relieved to have those supplies, especially of the variety that sells all-year-round.

Because of its uncertainty, 2020 has been a difficult year to be a buyer.

It’s also been one in which many retailers have used wholesalers as stock-rooms more than ever to protect their cash flow yet maintain ‘goods on shelves’.

Despite currently disrupted supply chains – with Brexit likely to add to the burden, imports remain essential to meeting our trade’s needs for clipper blades to boots, rugs to reins.

As one wholesaler put it: “We’re part of a global market now.”

Image by Monica Volpin from Pixabay