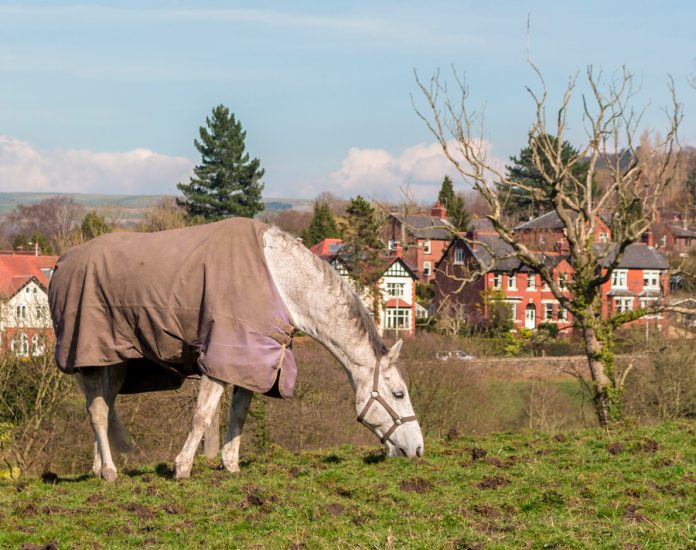 Traditionally, worm control strategies have involved treatment with anthelmintics (wormers) at regular intervals, an approach developed over 40 years ago when infestation with large redworms (large strongyles) was common and regular treatment was crucial to maintain horse health.

Anthelmintics have been hugely effective in controlling large redworms, but this has created the vacuum for another prevalent parasite to fill.

Today, the most common worms infesting horses are small redworms (cyathostomes). These bring a different challenge to our worm control programmes. Due to widespread resistance to some anthelmintics classes, we need to tread the line of controlling these parasites, whilst maintaining the effectiveness of our anthelmintics. To do this, we must remember that whilst all grazing horses may be infested with small redworms, in low numbers they will not cause health issues and will only cause disease when high numbers are present. Importantly, research has shown that 80% of the worm burden is carried by just 20% of horses.¹ This means that most horses have a consistently low worm burden.

Worm management should therefore involve a combination of identifying those horses carrying the highest worm burdens and treating these animals with an appropriate wormer, alongside good pasture management.

Resistance is when a wormer has lost its ability to kill more than 90-95% of the target worm population.² Resistant worms then thrive in the absence of the non-resistant worms, contaminating the pasture with eggs and enabling the development of further resistant adult parasites. In the long term, if we do not act to reduce the development of resistance we will end up in the crisis situation where none of our wormers remain effective.

How can we reduce the speed of resistance development?

Resistance may be an inevitable consequence of the use of wormers to control parasite burdens, however we can take steps to slow down its development so that wormers continue to provide effective treatment:

1. Use faecal worm egg counts (FWEC) to identify those horses with the greatest worm burdens, then only treat these horses. During spring and summer months, this treatment should be with a wormer containing ivermectin or pyrantel - these anthelmintics target adult parasites which at this time of year will make up the majority of the small redworm population. Ivermectin or pyrantel are recommended due to widespread resistance to the benzimidazole group of wormers. Treating only the adult stages with means that any immature stages (in the gut wall) will not be exposed to the anthelmintic wormer. These untreated worms are referred to as “in refugia” (meaning “not exposed to the wormer”) and provide a useful way to dilute any resistant worms.
2. Additionally, we want to try to protect wormers containing moxidectin, which is effective against the encysted stages of small redworm, for when we really need to target this stage during the late autumn/winter.
3. By not treating horses that have low or insignificant worm burdens, we have a further population of worms “in refugia” to dilute any resistant worms that have survived the treatment in the wormed horses.
4. When horses are wormed it is important to accurately dose according to bodyweight. Under-dosing with insufficient treatment for the size of animal means the wormer won’t be as effective and resistance is more likely to develop.
5. Given that resistance is developing to all anthelmintic classes, it is recommended that a faecal worm egg count reduction test is performed, which involves performing a second faecal worm egg count approximately 3 weeks post dosing to confirm that the anthelmintic is effective.
6. Pasture management is a hugely important weapon in our fight against worms. There are a number of ways we can effectively manage pasture to minimise worm burdens (see below) but removal of droppings will always be the most effective method as it is the only way to reduce ingestion of worm larvae and reduce re-infection. Good pasture management should always be carried out alongside FWECs

• Remove all droppings from pasture at least twice a week.
• Mixed grazing using sheep or cattle, as horse worm eggs can’t survive in other species.
• Pasture resting. At least 3 months is needed. Hot and dry weather is the best time for this.³
• Try not to overstock paddocks, 1-1.5 acres is recommended as a minimum per horse.
• Pasture rotation. Divide paddocks up, so that they can be alternately grazed and rested.
• Group by risk. Youngstock should be grouped together as they are at increased risk of high worm burdens and will need their own worming strategy.
• New arrivals should be quarantined and tested.

Targeted dosing following the results of a FWEC can help to reduce the development of resistance. It can also save money as fewer wormers may be required. FWEC packs are readily available from commercial laboratories or veterinary surgeons.

FWECs are simple, horse owners just need to collect a dung sample every two to three months during the summer grazing season and send to the testing lab via the instructions on the packaging. The lab will count the number of worm eggs in the sample.

Advice for owners:
How to collect a dung sample for a FWEC:

• Collect a fresh sample, ideally just after the dung has been produced.
• Wearing a disposable glove use at least three different balls of faeces to make up a sample³
• Turn the glove inside out while holding the dung sample so that it ends up inside the inverted glove, squeeze the air out and tie a knot at the opening to seal it.
• Complete the documentation and package it following the instructions provided.
• Make sure you send the sample before the last post of the day, so it stays fresh. If there is any delay refrigerate the sample until it is sent.
• Post only on Monday to Thursday to avoid delays.
• Horses must not have been wormed within 14 days of testing.
• All horses grazing together should be tested at the same time.

The lab will inform the horse owner of the results of the FWEC. If the FWEC is 200 eggs per gram² or less we should advise owners not to treat, as this is a low burden and is not considered harmful to the horse.

If the FWEC is greater than 200 eggs per gram then over the summer, owners should be advised to worm the horse with a treatment that will kill adult worms. This means using a wormer containing ivermectin, or pyrantel.

From spring through to the end of summer, worm control should be a combination of good pasture management to reduce contamination, faecal worm egg counts to identify horses carrying the highest worm burdens, and adulticide wormers (ivermectin or pyrantel) administered in only those identified as having high egg counts.

During the late autumn, it may be appropriate to treat with moxidectin to kill encysted redworm larvae. Some horses may require additional doses of moxidectin during the winter and spring if pasture management is poor.³

If we follow these recommendations, we will achieve the aim of reducing the risk of ill effects in our horses, whilst helping to safeguard our wormers for the future.