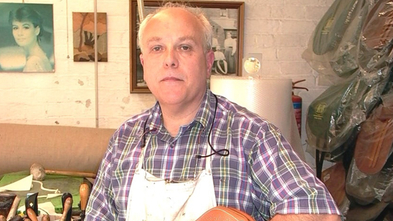 All models will be supplied from Bliss of London’s Aldridge factory which is near Walsall. The former Keith Bryan Saddlery Co factory, in Lime Street in the town centre, has closed.

“During the change-over, Keith has been coming in regularly to help us get set up,” she added. “We’re pleased we can continue to supply his customers with Keith Bryan saddles.”

The move also means that two saddlers and a machinist keep their jobs, having been taken on by Bliss of London.

Keith Bryan Saddlery Co is known for its hand-made, top quality saddles. Best known models include its polo saddles, a big seller in America, and Pathfinder branded endurance saddles. The company also caters for specialist markets such as Icelandic horses.

Established in 1983, Keith Bryan Saddlery Co has over the years been a regular winner of the ‘best made saddle’ award at the National Saddlery Competitions.

Keith, a long-time advocate for British made saddlery, is a past president of the Society of Master Saddlers, for whom he has also lectured.

DUAL PRICING: THE LAW IS CHANGING

18/05/2022
When suppliers charge different prices depending on whether they’re selling to the trade or directly to consumers… The last ten years have seen the development...