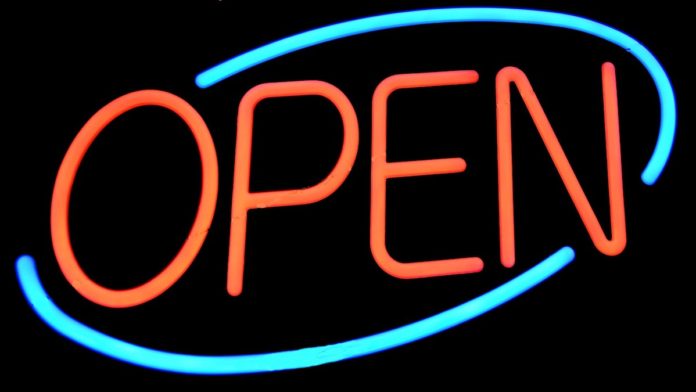 Resilient retailers reveal how they carried on trading through the coronavirus pandemic.

Like most industries, Britain’s equestrian retail sector has had a tough time of late, writes Penny Richardson.

However, many owners have been going the extra mile to ensure that their business weathers the Covid-19 storm.

Todds of Kendal was founded by Claire Todd’s grandfather in 1948 and when the pandemic hit, Claire was determined to keep the family equestrian store and country lifestyle shop going.

“I needed to offer a service to our customers but keep my family safe at the same time,” she says. “The only way to do that was to move out of my home, so the dog and I relocated to the equestrian shop and lived in the office for six weeks.”

This was a huge sacrifice, as Claire had to live away from her partner and children.

“I missed my daughters’ fourth and fifth birthdays while I was away and that was difficult. My parents stepped in to help and I think as a family we learned a lot,” she reflects.

To begin with, Claire traded through online bookings and locked doors.

“I offered feed and veterinary products and because the staff were on furlough, I was on my own,” she says. “It needed lots of grit and determination — I worked for 42 days without a day off — but I couldn’t have done it without the rest of the family.

“My Dad’s 70 and he’s been working longer hours than when he ran the business himself!”

Claire has also had plenty of help from suppliers. “I’m overwhelmed because 90% of them have been fantastic. I’ve been making more regular smaller orders so that the bills were easier to pay and many suppliers have waived their usual carriage charges,” she says.

Claire is grateful for the advice offered to all members by BETA.

“It’s been absolutely invaluable. At the start of the pandemic, I didn’t know what I was supposed to do. I wouldn’t have managed without the support from BETA,” she says.

Both shops have now reopened under Covid protocols. Another recent improvement is that outdoor events have restarted in the area, so Claire has been able to take her tradestand on the road again.

“Things are starting to look up and we’re surviving,” she says. “I think we’ve proved that anything is possible.”

In the West Sussex village of Pyecombe, Valerie Light, her daughters and grandchildren run Brendon Saddlery, as well as a thriving sport horse stud and one of Britain’s top show centres, all of which have been affected by the pandemic.

“It’s been an awful lot of hard work,” says Valerie. “Because we sell horse feed, first aid items and wormers, the shop never closed completely, but the staff were furloughed, so the family had to run all three businesses.”

The Lights spent time improving their saddlery website, which Valerie says has paid off. “We’re getting a lot more online business than before, which I hope continues in the future,” she says.

After spending a considerable amount to comply with Covid-19 regulations, shows restarted in July, but these came to halt temporarily for shielding when two family members required non-Covid-related hospital stays.

The tackshop reopened fully in mid-August and, like Claire Todd, Valerie was delighted with the support they got from BETA.

“When you keep getting e-mails from the same organisation, the temptation is to ignore them, but I’ve read every one and they’ve been really helpful. We’re all in it together at times like this and communication is so important,” she points out.

Valerie is grateful that her customers have also been extremely supportive. “They’ve enjoyed coming into the shop again. They like the personal touch and to be able to chat before making purchases.

“Because it’s taking longer to get stock from suppliers at the moment, customers also seem happier to wait than they were before,” she says.

“The main upturn has been in people wanting to replace riding hats. There also seems to have been an increase in people who have just started riding and want to buy their first hat. Fitting was quite tricky to start with, as we couldn’t touch them, so we’ve had to learn new ways of working.”

The Lights have already held one sale in the shop and are planning more. Regular discounts on selected lines such as show jackets have also proved popular.

“This gives people something to look forward to and helps keep morale up,” explains Valerie. “We needed to be inventive as the economy is slowing down and more people are making do. They don’t seem to be spending as much now.”

Getting on with things

“It’s been particularly difficult here and it doesn’t help that around half my saddle fitting business is in Ireland and the Channel Islands, which each have their own different restrictions,” she explains.

“I’ve had to become creative to help my clients and use things like Facetime for remote fittings. I’m also masked, gloved and overalled for outdoor work and because I’m working from online bookings only, the traceability is there.”

Steph says that life is slowly returning to some semblance of normality.

“[In Wales] we’re probably around eight weeks behind England, but as long as we’re really sensible, it is possible to get on with things.

“I’m about to make my first trip to Jersey, I’m hoping that Guernsey will allow visitors soon and although I can’t use the normal Holyhead route, I can travel to Ireland via Scotland and Ulster,” she says.

“From a business point of view, it’s probably been worse for the equestrian centre because we’re still not allowed to use the indoor school. But due to the hit to the economy, life is probably going to become more of a struggle for everyone.

My mantra is: ‘How can we be safe and still make this work?’”

Gibson Saddlers in Newmarket has long been the go-to retailer for the horseracing community; but despite the fact that the sport restarted earlier than other equestrian disciplines, director Karl Butcher has noticed a recent downturn in sales.

“There’s clear evidence that customers are being cautious. We were busy in June and July and the advice from BETA was very helpful to us, but business has now slowed down quite dramatically,” he says.

However, Gibson’s has been proactive in one new area. Although the jockeys’ facemasks are supplied by the British Horseracing Authority, everyone on a racecourse now has to wear a face covering and the saddlery is selling these in racing colours.

“The pandemic has changed everything. We would never have believed in the past that face coverings would be something we’d stock,” says Karl.

Image by Paul Brennan from Pixabay