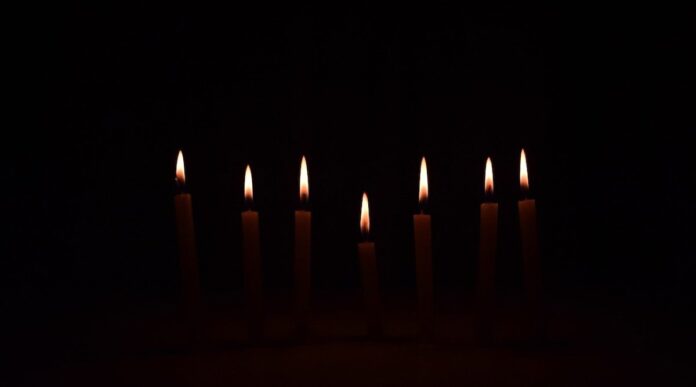 Roy Gore, the founder of wholesalers Challenger Distribution and Overland Marketing, died on 23 December. He was 82 and had suffered a severe stroke.

Roy was a stalwart supporter of the British Equestrian Trade Association (BETA).

He served on the association’s trade fair committee and Council for many years and was on the Board of BETA’s commercial arm, EMC Ltd.

Roy was born on 29 June, 1938 in Bristol. The eldest child of Olive and Alfred Gore, he grew up with sisters Pat and Elaine. Although money was short, there was always food on the table and a happy family atmosphere.

Roy attended Kingswood Grammar School in Bristol, before going to agricultural college in Gloucester to study agriculture. Although it was always his ambition to become a farmer, early experience in the sector made him realise that this was unlikely to happen.

Conscription into the RAF as a medic happened next in what turned out to be an enjoyable period for Roy. He always had many tales about his time in the forces.

After the RAF, Roy joined the Boots company in Wolverhampton. Thanks to his agricultural background, he was put in charge of the animal health section of a retail shop.

While living in digs, Roy became friends with Howell Parry. And on a visit to Howell's home in Anglesey, Roy met his sister, Alwenna. Roy and Alwenna were married in 1963.

The newly-weds went to live in Shropshire where their son and daughter, Andrew and Karen, were born.

Before long, Roy was running an animal health wholesale company, Westgate Ltd. He joined Royston Round Table and was chairman for a year, gave much time to the local business community and made a lot of friends. Around this time, Roy and Alwenna parted.

Roy had met Val, who was to be his second wife, while working for Westgate. When Westgate relocated to Kent, they decided to stay in Royston and start their own wholesale business called Challenger Distribution. They later founded Overland Marketing. Roy and Val were married in 1992.

A proud moment for Roy was when he was given the Freedom of the City of London in 1999.

He also held several offices for BETA, always working tirelessly in the trade’s interest. “Roy was a true gentleman and a huge supporter of BETA and its work,” said Claire Williams, the trade association’s executive director.

Outside work, Roy was passionate about dogs. While living in Royston, he enjoyed showing his beloved retrievers, Thomas and Bella.

Family was of great importance to Roy. He adored his grandsons Fred, Charlie, Josh and Joe, and was a loving grandfather to Val's granddaughters Xaghra, Rhiannon, Tayla, Ruby and Seren. He was delighted when Elsie, Rhiannon's daughter and his first great-granddaughter, was born.

For someone with such a strong work ethic, retirement did not come naturally to Roy. His vegetable garden became the focus of his considerable energies as he kept the family well-fed.

Val says: “Roy lived a very happy and fulfilled life and particularly loved the Boxing Day bash when all the family would get together for food and laughs. He was very much a family man and was very proud of Karen and Andrew and what they achieved in life.”

Roy Gore’s funeral is on 18 January.

Candle image by lbrownstone from Pixabay