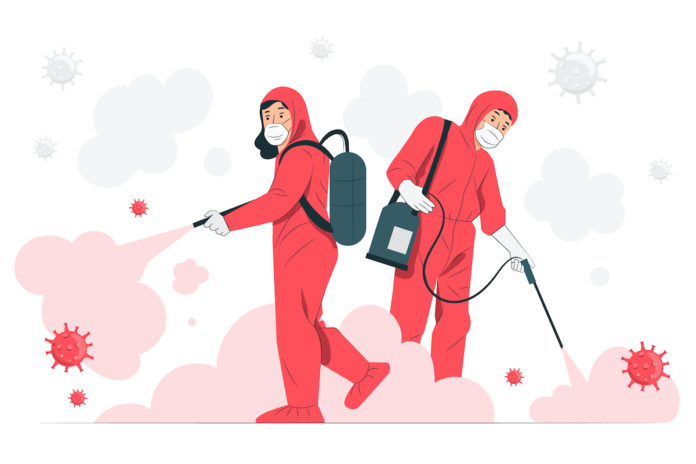 Retailer who sold baked beans in lockdown reveals how business is buoyant despite Covid-19.

With in-store takings doubling and online orders up 800% on 2019, Manor Equestrian has shaken off the coronavirus blues.

“We must be doing something right,” says director Matt Severn, when asked how the Nottinghamshire based retailer has managed to flourish during this, of all, summers.

Soon the store Matt set up with co-director Robert Rafferty three years ago will be moving from the village of Newthorpe. Final preparations are underway at its bigger 2,700 sq ft premises in a parkland setting close to the M1, junction 27.

Manor Equestrian’s new store is set to open around the third week of September on a date to be confirmed.

Meanwhile, it’s all systems go for Matt and his team of five staff at the current shop.

“We’ve seen a large uptake in numnahs and riding tights for every day wear,” he reports. “Matchy-matchy has gone mad. And riding hat sales have rocketed with people wanting them fitting.”

Matt attributes the run on hats to riding schools re-opening but no longer allowed to hire out headgear; hence people taking lessons are buying their own.

Among horse owners and regular riders, Manor Equestrian is seeing strong demand from females in the 18 to 40 age range.

“They’re the customers that are spending, especially those in their late 20s and early 30s. Many of them are still furloughed with money in their pockets.”

Manor Equestrian traded at around 30 shows during the 2019 season. “We were flat out. But we were busy fools,” says Matt.

“This [coronavirus crisis] has given us a re-think for next year. If the shows go ahead – and, yes, people will start shopping back at shows – we will be picky about where we go [with our trade stand].

“We’ll concentrate on the specialist equestrian events such as Bolesworth, Chatsworth, Blair and the Royal Welsh. Three or four day shows tend to give a good return for all the effort you have to put into being there.”

“We’re doing our job…” says Matt modestly as he checks the year-on-year figures when ETN asks how things are going. “Shop footfall is good… looking at our weekly update, we’re 203% up year on year.”

“Our service, product offering and competitive prices have completely taken us from where we started to where we are now,” says Matt whose CV includes an HR role with Homebase, head of HR for Ann Summers, HR and training for Alton Towers and, most recently, Sofology.

“Horses have always been in my life for recreation,” he adds.

“In the first two weeks, when people were panic-buying feed, we struggled for space [to carry sufficient stock] to meet demand. Some of the wholesalers were struggling with transport too,” recalled Matt.

“Our first priority was to make sure customers felt confident from a health and safety point of view. We’ve gone over the top with [social distancing] marker tape, free sanitiser, limiting the numbers of people in store and spraying [disinfectant] into the air at night.

“I’ve also felt huge responsibility for my team. They work hard and do things properly, and we’re now all in a habit of upgraded hygiene routines.”

Matt’s caution is perhaps heightened because, over Christmas 2019, he became ill enough to end up in hospital under intensive care. He was diagnosed with bird flu, but now wonders if it could have been Covid.

Once lockdown hit on 23 March - and people got desperate to acquire household essentials - Matt headed to the cash and carry to stock up.

“We’re in a residential area, so we ended up with Joe Bloggs coming in for baked beans and toilet rolls and Betty from down the road for free range eggs. And they were all telling other people,” said Matt. “One day I sold six trays of baked beans… it was a nice feeling to serve the local community.”

Before Covid took over our lives, Manor Equestrian was celebrating at the BETA Gala Dinner as runner-up in the SEIB/BETA Retailer of the Year award.

“We were ecstatic,” said Matt. “And it’s done us a lot of good; it’s meant we’ve had brands coming knocking on our door.

“In fact, we’ve become very loyal to BETA. Claire Williams and her team did a really good job with updates during the early days of lockdown and since.

“We’ve used our BETA membership a great deal in our promotions in store and on social media. It really flags us up to the riding public. Sometimes shops don’t realise the true value of being associated with BETA.”

BETA International 2021 is firmly in Matt’s diary for 24 – 26 January. “The new location is fantastic,” he says of the show’s move to Stoneleigh.

“It needs to go ahead after what’s been such a bad year for many. We need a bit of social, to see people again, as well as doing business.”

Manor Equestrian’s swish new store is set to change many people’s perception of the business.

“Two brands wouldn’t trade with us previously because we called ourselves an ‘outlet’ store and they didn’t like the connotation,” says Matt. “But now that’s changing.”

And that’s because this fast-moving business does something about things: “As a retailer, you’ve got to adapt to what the customer needs – and do it immediately.”

Meanwhile, ETN left Matt on a mission to hunt down this season’s hard-to-find line. “You can’t seem to source pooper-scoopers anywhere…”