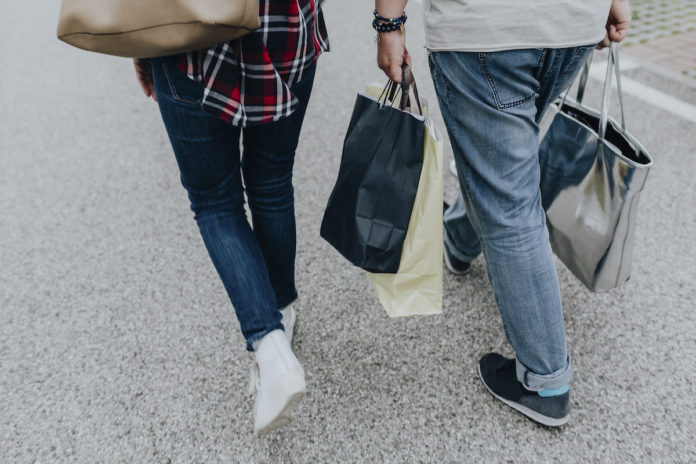 Non-essential shops in England were allowed to re-open on Monday (15 June) after nearly three months’ compulsory closure due to coronavirus.

Stores in Northern Ireland opened on Friday (12 June). Retailers in Scotland and Wales are waiting for news due later this week.

While queues outside popular high street stores hit the headlines, riders and horse owners were glad to see the inside of their favourite equestrian outlets once again.

Many had been trading throughout the lockdown, selling permitted essentials such as feed and care products. But Monday marked the first ‘proper’ day’s trading from a bricks-and-mortar shop since 23 March.

“We wanted to open quietly to check that everything would work OK,” said Kathryn Jacquet, managing director.

“We wouldn’t be so presumptive as to rank ourselves alongside Ikea or Primark, but we didn’t want people to have a bad experience [under new Covid-19 restrictions]. And it was absolutely fine.”

Kathryn was quick to praise her “great team” at RB Equestrian where hat and body protector fittings have been in high demand.

“Every other phone call is asking if we are doing safety equipment fittings,” said Kathryn. “We’ve sold more hats and BPs in the last week than we did in the month before lockdown.”

Fittings now involve staff and customers wearing PPE with just one customer at a time in an allocated area. Protocol training via a BETA webinar was hugely helpful, said Kathryn.

“It’s nice to hear that people held off buying hats and body protectors online because they value the personal service.”

One-to-one fittings enable staff to chat to customers. So, who are they?

“And a significant number who are saying they realise their hat is a bit precarious and don’t want to burden the NHS, so have decided to update it.”

The cost of Covid-19

“We have more sale rails than normal,” said Kathryn. “But we haven’t discounted anything that’s in season. People are buying clothing.”

Other than giving hat fitting customers free face masks (worth 50p each) and buying a huge batch of sanitisers, RB Equestrian made good use of current equipment to encourage social distancing.

“The big cost is staffing and knowing how many to have back from furlough,” said Kathryn. “If anything, we could have done with extra this week, but a little saving here might stand us in good stead later on.”

Her ominous reference is to what might happen as the job retention scheme tapers away and unemployment kicks in.

“We’re preparing for a tough winter and reviewing what to order for autumn,” said Kathryn. “It’s not what suppliers want to hear, but I might well be reducing or cancelling some autumn/winter orders.”

At Wadswick Country Store, in Wiltshire, which has also been open throughout lockdown for feed and bedding, Monday’s trading was “not too busy so nice and manageable,” said assistant Emily Maclachlan.

“It’s been quite hard work getting everything ready,” she added. “We have hand basins at the entrance, screens at the till and social distancing in place.”

Wadswick’s restaurant has started doing take-aways and coffees, which are proving very popular.

A major challenge at this store renowned for its upmarket country clothing collections has been encouraging customers to look while ensuring good hygiene. Changing rooms are closed.

“People can browse but we keep an eye on them as we don’t want everything being touched,” said Emily. “If items are touched, we’re isolating them for 72 hours on a rail at the back [of the store].”

Many customers are coming in wearing their own facemasks, while Wadswick has more on order to sell in store. “If you’ve got to wear one, it might as well be a nice one,” said Emily.

At this store too, personal fittings of hats and body protectors have been much sought-after. “Our fitters are wearing PPE as advised by BETA,” added Emily.

“People really want what they couldn’t get on the internet.”

Working under Covid-19 conditions, albeit via click and collect or a counter service, throughout the pandemic has given retailers invaluable experience.

“We’ve been open throughout,” said Sara Gracey at Millwheel Tack Shop in Warfield, Berkshire, “and that’s given us a big advantage.

“We’ve been on the ball from the start with screens up and sanitiser stations at the ready. And we’ve been really busy – we’ve been blessed.”