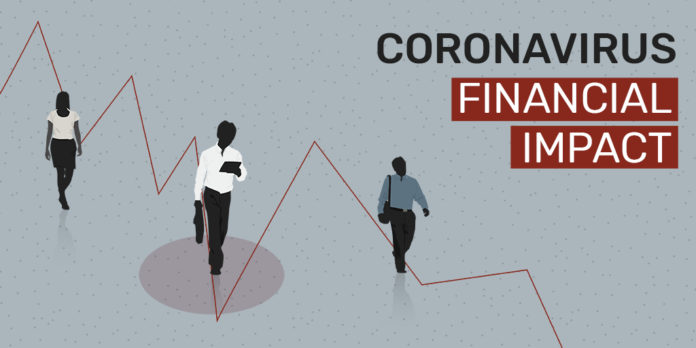 BETA survey of nearly 200 businesses reveals Covid-19 is “the greatest threat to our trade” but discovers “a will to survive.”

Keeping going until the lockdown ends is a widespread concern for equestrian retailers.

On average, they faced a 63% drop in turnover to 2 April.

Retailers and suppliers shared figures and fears with BETA when the trade association surveyed member companies ten days into the national coronavirus lockdown.

“Covid-19’s unique and all-pervading impact is posing the greatest threat to the future of our trade that most of us will have ever experienced,” said BETA’s executive director Claire Williams.

The survey also highlighted consumer confusion about the types of business that can stay open to sell face-to-face.

Cash flow is a major concern, often because of invoices falling due for products retailers have not yet had a chance to sell. Two-thirds of retailers have had no offers of help from suppliers.

Overall, stores saw a fall in turnover of between 20% and 100%. Those not trading at all are mainly saddle fitters for whom social distancing rules make it challenging to do their job properly.

For suppliers, disruption of global supply chains – obtaining raw materials and delays to air and sea freight – were major issues, alongside controlling fixed overheads and managing the health and safety of staff.

When BETA surveyed retailers, there had already been a significant change to the way they were running their stores. Fewer were combining physical shops and online than before Covid-19 (31% down to 20%) with 28% (up from 2%) moving to online only.

By the end of March, only 14% of retailers (down from 50%) were solely working from a shop.

As a result of coronavirus restrictions, 18% of retailers were forced to close all or part of their business. This group comprises mainly saddle fitters and shops without the ability to trade online

While 15% of retailers saw increased turnover linked to feed and bedding stockpiling, three-quarters saw a decrease in turnover ranging from 20% to 100%.

There was an average of a 63% drop in turnover across all types of equestrian retail outlet.

Half of retailers had furloughed staff by the end of March, with a further 13% intending to in April.

This means two thirds are taking advantage of the Job Retention scheme; with nearly half intending to apply for the small business relief rate grant of £10k. Nearly 20% were applying for the retail grant of £25k.

Retailers are also concerned about invoices for seasonal stock falling due without the chance to sell it through.

The overarching long-term concern was keeping the business going until lockdown ends.

Some retailers reported little proactive contact from suppliers, while others mentioned gestures of payment extensions and drop shipment offers. Nearly two thirds reported no offers of assistance from suppliers.

Most felt that BETA’s response to the crisis was positive. Some retailers felt it was important to highlight to riders that they can shop for anything they wish, not just so called ‘essential’ items.

The immediate impact on suppliers was less dramatic than on the retail sector.

Companies making feed, bedding and other items for the upkeep of horses responded more robustly. Those dealing primarily in rider related items such as clothing, safety equipment and tack saw a drop of two-thirds of turnover.

Most suppliers reduced office staff and hours or changed work roles. In many cases, company directors are now working in warehouses in charge of dispatch!

Three-quarters of suppliers reported serious impacts on supply chains ranging from delays to raw materials and packaging through to issues with air freight and sea freight.

Suppliers’ take-up of government assistance is broadly similar to retailers’, although there was a lower proportion claiming rates related relief.

In addition, more suppliers are planning to apply for loans and other measures such as mortgage holidays.

Suppliers’ views differ from retailers’ here, with focus as much on supply chains and pricing as revenue generation and cash flow.

Concern was also raised about the length of the shutdown and the impact on the future shape of the retail sector.

When it came to measures taken with regards their retail customers, suppliers mentioned treating debtors sympathetically while simultaneously trying to ensure cash continues to come in.

Commenting on the survey, Claire Williams said: “Many respondents show a real desire and will to survive, albeit based on being given an opportunity to do so.

“This opportunity will not only come from the end of lockdown, Government assistance - financial and otherwise, and the equestrian bodies encouraging participants to return to our sport…

“Crucial to a recovery will be the importance of all parts of the equestrian trade working together to help one another.

“All at BETA will do their utmost to ensure we play a key role in this recovery.”