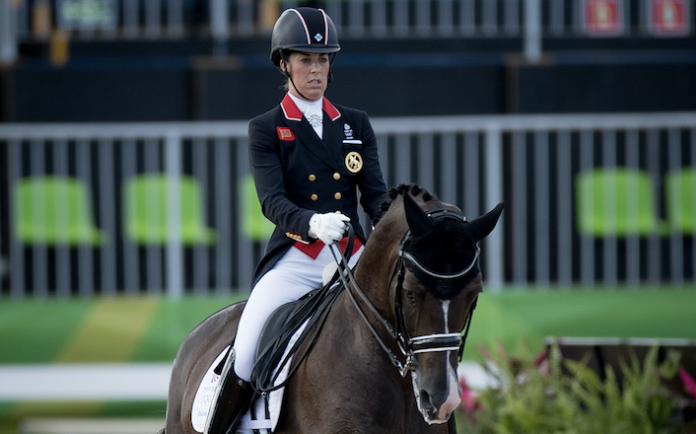 The new rule – adopted at the FEI’s 2019 General Assembly in Moscow last month – effectively removes each discipline’s jurisdiction over helmets.

While dressage riders such as Laura Graves and Charlotte Dujardin have long chosen to wear up-to-standard headgear, many international competitors have stayed in their traditional top hats.

Under new FEI [international horse sports’ governing body] rules, helmets must be worn by anyone mounted on a horse at any time on any showground. Reining is covered by the ruling but not vaulting, which isn’t considered ‘riding’.

Relaxations on a discipline-by-discipline basis for prize-givings and the playing of national anthems will stay in place after January 2021.

Originally, an all-encompassing helmet rule for all riders was proposed for January 2020. Advocating a year’s delay, some delegates said it would enable manufacturers to produce helmets that comply with safety standards but maintain the traditional ‘look’.

In another FEI safety rule change, bitless bridles have been banned from use in the cross-country phase of eventing. Some delegates objected to this proposal, citing a lack of evidence that bitless bridles reduce safety.