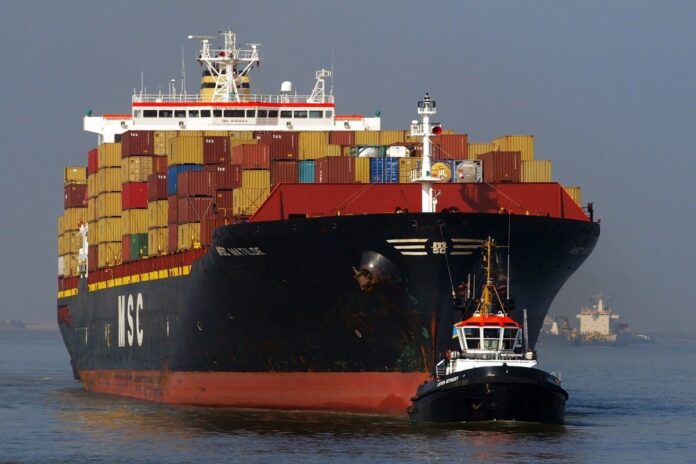 Brexit, coronavirus and container ship Ever Given blocking the Suez Canal have highlighted how vulnerable is the global distribution of goods.

The equestrian trade is not immune. Concerns and complaints about a shortage of some stock remain rife.

But how do you stand legally if the stock you’ve ordered is delayed or doesn’t arrive? ETN asked lawyer Steve Sidkin for some pointers…

It’s a given that timely delivery of goods is important to performance – not least, agency and distributorship contracts.

The contractual relationship between many suppliers and distributors is documented in a formal contract. This should set out the terms on which the distributor will seek to develop and service a particular market, be it:

- any one or more of the above.

Failure to do so will, at best, result in the supplier selling on the basis of the Sale of Goods Act.

But where the supplier sells on the basis of the Act, they will have missed a trick in failing to:

1. limit (if not exclude) its liability for late or non-delivery of the goods; and

2. provide for force majeure. The extent to which this may assist the supplier depends on how well (or otherwise) the force majeure provision is written. In the absence of adequate provision, the supplier may be forced to argue that the contract for the sale of the goods has been frustrated which can be a difficult argument to win.

Late or non-delivery of the goods places a distributor in a difficult position.

Firstly, it has contracted to buy the goods in question in order to resell them to its customers. No goods, no resale!

But in failing to supply its customers, the distributor may find itself in breach of contracts entered into with those customers and exposed to claims for damages from them.

Secondly, to what extent does the distributor look – and, indeed, can it look under the terms of the distributorship contract – to the supplier to address its liability to its customers? For some distributors, the answer will depend on the commercial relationships they have with their suppliers.

Where that relationship is poor, late or non-delivery of the contracted goods may give the distributor the opportunity to assert that the distributorship contract is at an end. This may well be of interest to a distributor:

- faced with a declining market for the supplier’s goods; or

- wanting to exit from contractual commitments to purchase minimum quantities of goods from the supplier going forward; or

While the contractual relationship between many principals and agents is documented in a formal agency contract, it’s often the case that overarching legal protection is given to the agent.

In the UK, this is by means of the Commercial Agents Regulations (the British and Northern Irish variants). In the EU, such protection is found in the national laws of the 27 member states implementing the EU Agents’ Directive.

Further afield, the protection of agents and their entitlement to be compensated for the loss of the agency can be found in the laws of many countries in Africa, Asia, the Gulf, and South America.

But for this protection to arise, the agency contract must be ended either by:

2. the agent, on the basis that such termination is justified by circumstances attributable to the principal.

In an Ever Given type situation, the late or non-delivery of goods by the principal to a customer in respect of an order obtained by the agent is of itself unlikely to justify the agent terminating the agency contract by circumstances attributable to the principal.

Such late or non-delivery may find the customer either only prepared to accept delivery if the price is reduced or simply refusing to accept delivery. In this situation, is the principal able to reduce the commission payable to the agent or pay no commission?

As contractual certainty is a good vaccine against conflict, it is to be hoped that the agency contract expressly allows the principal to reduce the commission in this situation.

If it does not, where the principal has agreed a reduction in the price of the goods payable by the customer, a disproportionate reduction in commission may entitle the agent to claim that termination of the agency contract is justified.

Where such termination of the agency contract occurs, it’s to be expected that the agent will also claim:

- damages for failure to give proper notice;

- commission accrued but unpaid at the time of termination;

- commission in respect of orders received by the principal after the agency contract terminated where those orders were as a result of the activities of the agent before termination; and

Further, if it should be the case that the goods have still to be dispatched from their place of manufacture, a possible claim might arise if it was open to the principal to avoid the transportation of the goods being delayed and, the principal failed to do so.

When it comes to agency or distribution contracts, 200,000 tons is an Ever Given reason to consider the impact of late or non-delivery of goods.