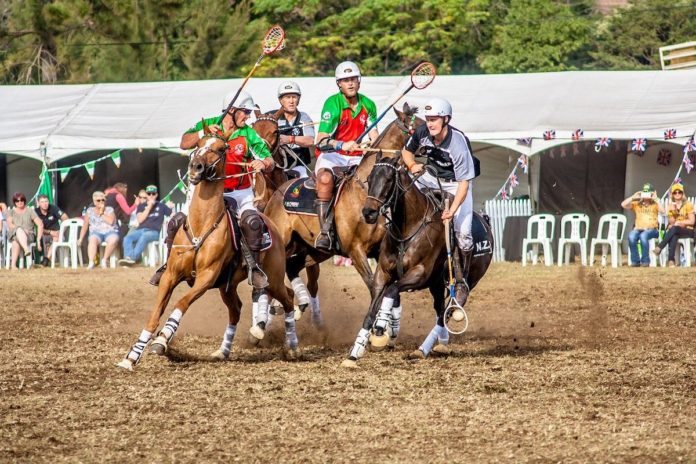 Training and competition plans are in hand for England. But in Scotland and Wales there’s limited immediate change.

Showjumping is already underway, with dressage and eventing due to start in the first week of July.

The running of affiliated competition is subject to Covid-19 protocol. Levels of activity in Scotland and Wales depends on what’s allowed by respective devolved governments.

Scotland has moved into phase two, which means three households can now meet outdoors. This now allows professional coaches and riding school instructors to deliver training to a maximum of two households per day.

Latest announcements in Wales included the re-opening of non-essential shops from Monday, 22 June and paved the way for sport to resume.

However, with travel restricted to five miles and activity only permitted with members from your household or one additional household, sporting activity is limited to training. The ‘stay local’ requirement is expected to be lifted on 6 July.

A number of the British Equestrian member bodies covering competitive disciplines have announced details regarding a restart of action in England, and have launched plans outlining their ‘road maps’ to getting competitors back training and competing.

This is the current state of play (England only unless stated):

Training underway, with the first national competition planned for 14 – 16 August.

Training in the English regions, and limited live and online training in Wales and Scotland. Online competitions operational for all and live competition planned to resume in England from 1 July.

Regional training in place and plans for the resumption of competition have been approved by Sport England and the Department for Culture, Media and Sport (DCMS), ahead of scheduled start of 4 July in England.

No update at present – activity suspended.

Training underway and phase one of competition resumed on 15 June.

No training currently taking place, but working on middle to end of July for a resumption of competition.

Riding for the Disabled Association

Social distancing requirements are preventing most centres from resuming activity. The target is to have 20% of groups operating by the end of September and 60% by the end of the year.

Training and small rallies underway in England, Isle of Man, Channel Islands and Northern Ireland, but only one-to-one coaching in Wales and Scotland within the five mile restriction. Online competitions operational for all nations and the anticipated start date for live competitions at local and interbranch level is 4 July.

Working on an operational blueprint for the resumption of shows under government guidelines.

Training underway in England with the hope that small competitions will be able to resume soon, in line with guidance for amateur team sports.

Image by Darrel Collins from Pixabay