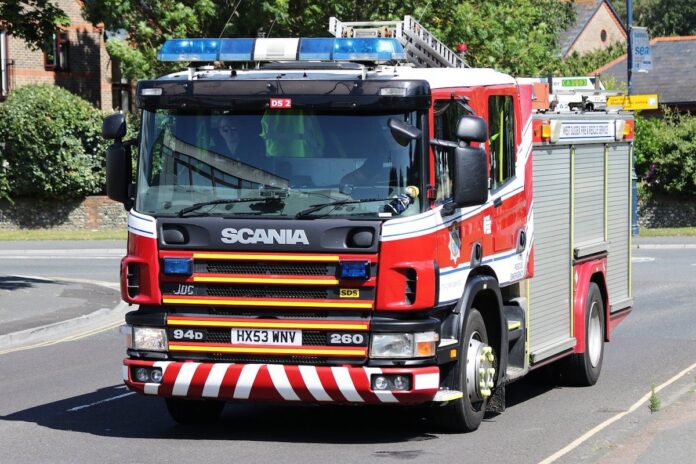 As a little girl, she made tack for her model ponies.

Corrie King – who’s constantly on call as a firefighter while making saddlery in her workshop - has been named ETN/SMS Bench Saddler of the Month for March.

Corrie was nominated by Catherine Baker of Wylye Valley Equine, who told ETN:“Corrie is a hugely talented saddler with a wide range of skills.

“She produces some amazing miniature pieces and re-enactment work, and has even ventured into shoe-making. The quality is outstanding.”

Even as a little girl collecting Breyer model horses and making their tack, Corrie had an eye for detail.

“I got hold of an old second-hand saddle and took it apart to figure out how it was constructed,” she says. “I spent hours and hours in my bedroom making miniatures.

“At the start, they were quite crude and clumsy, but I practiced and practiced and slowly developed the skills for crafting delicate miniature saddles, bridles and headcollars.”

Corrie had riding lessons from the age of eight. “Riding was the highlight of my week,” she recalls.

Having decided that saddlery was the job for her, Corrie was determined to pursue her dream of one day becoming a Master Saddler. The SMS pointed her in the direction of the saddlery course at Capel Manor College.

“I started the course after my GCSEs and, after two years learning the skills of the trade, went on to a three-year apprenticeship with S. Milner & Son in Leicestershire to work towards becoming a Qualified Saddler.”

After a few more years’ work and starting up her own business – north Oxfordshire based CK Leatherworks - Corrie’s dream has come true and she’s recently been awarded Master Saddler status.

A self-confessed perfectionist, Corrie loves making anything intricate and complicated. That attention to detail has remained steadfast too. “If a piece of work is not perfect, then it doesn’t leave the workshop,” she says.

Leather-lined horsehair bracelets, to a design Corrie’s developed over the years, are a favourite item. “They draw on my love for fiddly miniature work, and are so rewarding to create because they are often a way for someone to remember a beloved horse.”

Corrie is proud to preserve and practice a trade which has been passed down through generations of saddlers.

She even has a couple of 100-year-old tools in her collection. “Just think of all the saddlers who have used them over the years,” she says.

On the flipside, saddlery can be a very frustrating job.

“When something doesn’t turn out as I’d hoped, I take a deep breath and remind myself that every day is a school day. But it’s not easy when you’ve just remade something for the third time that morning!”

On a typical day at CK Leatherworks, it’s just Corrie and her lurcher Phoenix in the workshop.

“I don’t carry any stock, every single item I make is bespoke and made to measure.” These include bridles and tack for general riding, eventing and dressage, Iberian bridles and replica historical bridles.

Corrie has also made vintage car bonnet straps, a leather case for a coaching horn, and a specially designed schooling/groundwork cavesson for a local equine physiotherapist.

Although she works alone day to day, Corrie values contact with the wider saddlery community.

“Although I don’t have quite the length of industry experience that others might, I feel that those within the saddlery trade are more willing now than ever to invest time and effort into sharing skills and helping up and coming trainee saddlers and leatherworkers.

“Social media means there’s a wealth of knowledge being shared by craftspeople across continents via Facebook groups, set up specifically for this purpose.

“The combined years of knowledge and experience is such an invaluable tool to draw on, and I hope to contribute to this.”

While beavering away in her workshop, Corrie is constantly on-call for her other job as a retained firefighter.

“There’s nothing that gets the blood pumping quite like the pager going off,” she says.

She also helps out with the sheep on her partner’s farm. “Getting involved with the lambing for the first time last year was something quite special.”