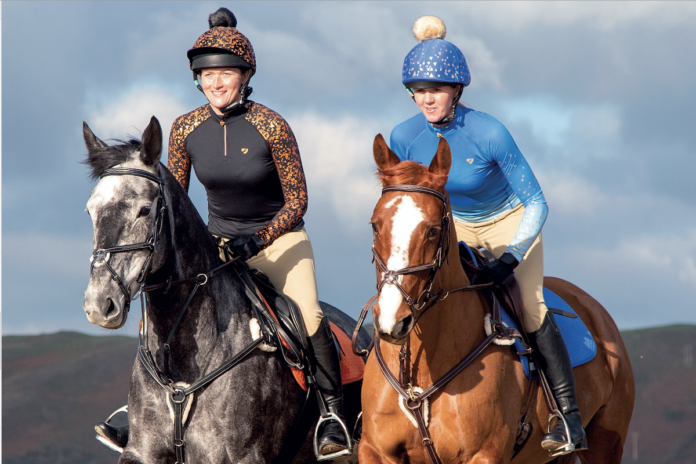 Covid has had little impact on how often people ride, despite most competitions being cancelled.

More than 1,500 consumers were asked in December 2020 and January 2021 how the pandemic has affected their riding, horse ownership and horsey spending habits since the beginning of 2020.

There was only a slight decrease in riding, despite the majority of competitions being cancelled. Horse ownership has stayed static.

Online shopping for equestrian goods is up by 38%.

“It has been two years since the last BETA National Equestrian Survey was published and the world has had to contend with enormous challenges because of the coronavirus pandemic,” said BETA executive director Claire Williams.

“This new survey offers us a unique insight into the way in which the pandemic has affected our core activities of shopping for equestrian goods, riding and horse ownership – and helps us to shape our response for the future.”

• 9% of those surveyed said they were spending more on equestrian goods.

• 21% said they were spending less or had stopped spending.

Increased spenders tended to be younger, with 23% of under-25s spending more – and on items associated with riding rather than on the upkeep of a horse, with 58% of them buying saddles and 35% investing in general rider clothing.

Older riders and horse owners (over-45s) were more cautious with their spending and only 5% of this age group were spending more, compared with 23% who were spending less or had stopped.

1. 58% bought equipment for horses such as saddles and rugs.

Online spending showed significant changes, with 49% of riders and horse owners shopping online more than they did at the same time in 2019, and they were spending 38% more on average than they did before the pandemic. Two in three said they would continue with online purchasing in future.

Competitive riding has been severely hit by Covid-19, with only 15% of riders taking part in affiliated events compared with 30% in a typical year. Despite this, six in ten equestrians said they continued to ride the same as or more often than they did before the pandemic. Here are the key facts on riding behaviour:

• 1 in 20 riders said they had stopped riding completely since March 2020.

• Hacking remains the most common riding activity and the one least hit, with only a 7% fall from 93% of riders participating in a typical year.

The overall impact of Covid on the frequency of riding is generally small, with the following key findings:

• 59% of riders were riding more often or at least the same.

• 41% riders have been riding less often since the pandemic

• The average frequency of riding days per week was down from 3.9 in a normal year to 3.3 during the pandemic.

• Riders under 25 are three times more likely to ride more often than those aged over 45.

• The overall number of people riding over the previous 12 months was down from 3 million in 2018 to 2.5 million, while those riding at least once a month fell from 1.8 million to 1.5 million