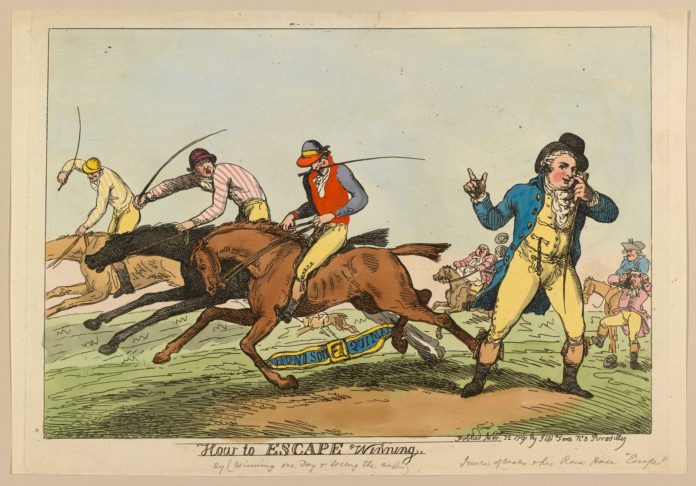 Variously cast in the public imagination as a dissolute squanderer, builder of the Brighton Pavilion or the slow-witted dupe of his scheming butler in TV’s Blackadder, George IV is one of British history’s most colourful - and misunderstood - figures.

Now, a new exhibition at Palace House in Newmarket will explore George’s legacy as a great collector of art and a prominent and, at times controversial, patron of horse racing.

King George IV: Royalty, Racing and Reputation gives fresh insights into the life of the monarch who defined an era. All but one of the 42 artworks featured are lent by Her Majesty The Queen from the Royal Collection.

As Prince of Wales (1762-1820), George delighted in rubbing shoulders with jockeys and stable-lads as well as racing’s great and good.

However, he was a controversial figure, most famously getting caught up in a scandal involving his horse Escape in October 1791.

Escape performed surprisingly poorly in a race, only to win convincingly the following day. His jockey, Sam Chifney [who went on to invent the Chifney bit], was accused of holding the horse back, in a bid to hike the odds before winning a race the following day.

Artist Thomas Rowlandson made an etching of this episode, How to Escape Winning (pictured here).

The satirical sketch shows Escape with his legs bound by the motto of the Order of the Garter, while Chifney is riding him nonchalantly, to the envy of his fellow jockeys. George himself looks directly at the viewer, his face imploring secrecy.

George IV maintained his interest in horse racing throughout his life and in later years commissioned a string of magnificent trophies from the royal silversmiths. John Bridge’s splendid Lincoln Race Cupof 1829 was won by the King in the same year, with his mare Fleur-de-Lis. King George IV: Royalty, Racing and Reputation coincides with the exhibition George IV: Art & Spectacle on display at The Queen’s Gallery at Buckingham Palace from 15 November 2019 until 3 May 2020.