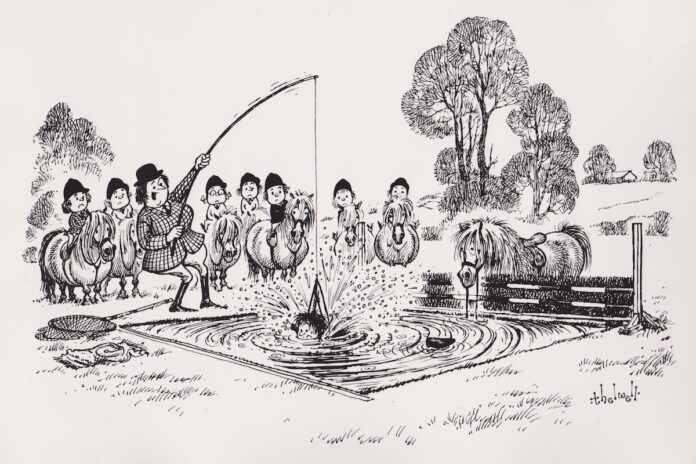 A special year ahead for the naughty but lovable ponies.

It’s an equestrian brand that needs no introduction… Even so, suppliers and retailers of Thelwell-themed merchandise could be in for a bumper 12 months.

Next year marks the centenary of Norman Thelwell - creator of the iconic cartoon ponies. He was born on 3 May, 1923.

As part of the celebrations, filming is underway of a Thelwell feature film. Merrylegs the Movie is currently in production and due to premiere soon.

Indeed, the work of the cartoonist who inspired the term ‘Thelwell pony’ is still enjoyed by equestrians of all ages. Expect Penelope, Kipper and their friends to adorn a host of anniversary products in 2023.

Norman Thelwell died in 2004; but his legacy lives on.

Among other events to mark his centenary during 2023 is an exhibition of his original paintings at Mottisfont Abbey, a National Trust property in Hampshire.

Thelwell’s work will also be shown in an exhibition at Holland’s oldest riding school, the 279-year-old Hollandsche Manege in Amsterdam, illustrating his international appeal.

Ahead of his time

Norman Thelwell loved the natural world and became increasingly concerned about development, pollution and their impact on the environment.

By 1971, and way ahead of his time, he was covering these issues in his work. Thelwell’s book The Effluent Society is to be republished by Quiller next year.

Meanwhile London’s The Cartoon Museum is to host an exhibition of Thelwell’s original art depicting his environmental concerns.