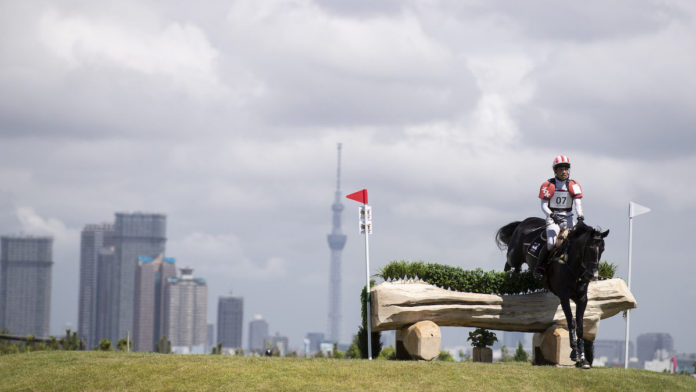 Riders in Olympic contention could suffer the consequences if their sponsors break stringent rules surrounding this summer’s Games.

The warning comes from the British Equestrian Federation (BEF) which is preparing advice sheets for riders and sponsoring brands.

The federation is also issuing guidelines to publications with regards to advertising sales ahead of Tokyo 2020.

Although the Olympics run from 24 July to 9 August, the critical Games Period – during which all participating athletes are subject to strict marketing restrictions – is from 14 July to 11 August.

The following link has guidelines from an athlete’s perspective and then from a brand/sponsor view point. This year’s changes are reflected here too.

With regards to rule 40, sponsors should note that permission to run adverts during the Games must be secured by 14 May. Also that such advertising should appear at least 90 days prior to the Games – by 14 April.

More broadly, rules are in place to protect the Olympic brand and associated intellectual property (IP) from association by implication with anyone other than an official Tokyo Olympics sponsor – the likes of Coca Cola, Visa and Toyota.

Therefore use of the words ‘Tokyo’ and ‘2020’ together, references to Olympic Games and use of logos such as the five Olympic rings are best avoided. More information can be found here:

The BEF has also issued a friendly warning to sponsors about referring to a ‘Team GBR rider’ or ‘Team GB rider’. Riders are only Team GBR while at a championship, the other 355 days a year, that term doesn’t apply, said a spokesman. And Team GB isn’t anyone’s to use other than the British Olympic Association.

“Essentially, any brands should avoid using the Olympic words, any type of Olympic intellectual property or Tokyo 2020 together – anything which creates any association with the Games,” adds the BEF.

“While it may not be them who suffers the direct consequences, it will impact on the athlete involved which hopefully they’d want to avoid. It’s not worth the risk.”

Similar rules and restrictions apply to the Paralympic Games which are on 25 August to 6 September.

Equestrian specific guidelines will be issued shortly and covered in ETN.