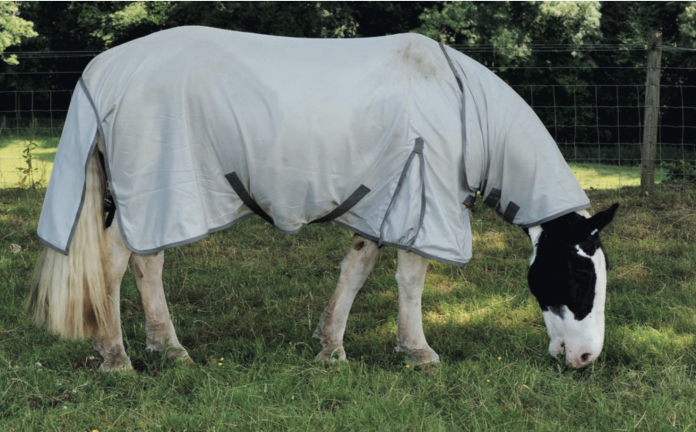 During the grazing season from February to October, it’s easy for your customers to be guided by faecal worm egg counts (FWECs).¹ They simply need to remember to conduct them every eight to 12 weeks, and then worm according to the results.

No complicated explanations are needed about strategic dosing for those elusive parasites that don’t reveal themselves in FWECs, apart from testing or treating for tapeworm in the spring and autumn.

But with winter on the way, it’s now time to talk about strategic worming that includes treatment for encysted small redworm, tapeworm and bots.

Small redworm, also known as cyathastomins, are the most prevalent parasite in horses in the UK. They can be found in the horse’s large intestine in the caecum/colon area.²

Small redworm are bright red in colour and can range from 1.5-2.5cm in length. The encysted larval stages are the most dangerous and all horses (over approximately six months of age) should be treated during the late autumn/ early winter.³

WHY ARE ENCYSTED SMALL REDWORM
SUCH A PROBLEM?

As a part of their lifecycle, small redworm eggs hatch on the pasture and the larvae emerge. They have to go through three developmental stages before they are able to re-infect horses. Warm wet weather, typical of spring and summer, is optimal for their development and during this time the larval burden on the pasture is high and horses will be continually re-infected by unintentionally ingesting larvae as they graze.⁴

Once ingested, the larvae travel through the digestive system to the large intestine where they burrow into the inner lining of the gut where cyst-like structures form around them. Within the cysts, they can either continue to develop through the larval stages before emerging back into the intestinal lumen, or they can halt development and enter a ‘hibernation’ state.

The larvae within cysts in the intestinal wall are known as Encysted Small Redworm (ESRW). Hidden here, encysted stages can account for up to 90% of the small redworm burden in a horse. A horse may have several million larvae yet show a negative or low faecal worm egg count.³﹐⁴﹐⁵﹒

In the late winter/early spring, the encysted small redworm larvae can erupt from their hibernation in large numbers, breaking and damaging the lining
of the intestinal wall, which can cause diarrhoea, weight loss and colic. This potentially fatal condition is known as larval cyathostominosis and has a mortality rate of up to 50%. Horses of lessthan five years old tend to be more susceptible.²

Consequences of using the wrong wormer

Treating with a wormerthat does not specificallytarget the encysted stages (ivermectin, pyrantel or single dose fenbendazole) during later autumn and early winter can actually increase the risk of a
horse with a high encysted small redworm burden developing larval cyathostominosis.⁵

There are only two active ingredients effective againstESRW: a single dose of moxidectin or a five-day course of fenbendazole.

Moxidectin has high efficacy against adult small redworm including encysted mucosal larvae. It actually kills the larvae in situ, reducing the inflammation of the gut wall.⁷

There is widespread evidence of resistance in small redworm to fenbendazole, so a Faecal Egg Count reduction test (FECRT or ‘resistance test’) is recommended before using it.

Tapeworm are transmitted by the forage mite, which is mainly found on pasture. This parasite is a white flat, segmented worm,usually found at the junction of the small and large intestine in horses.

In the UK the highest burdens of tapeworm are seen at the end of the grazing season.⁵

To control tapeworm horses should be dosed with praziquantel in a combination wormer or a double dose of pyrantel twice yearly at six-monthly intervals with one of these treatments falling in the autumn to reduce the high burdens acquired during the previous grazing season.⁸

Alternatively, a test can be carried out to establish antibody levels.

Bots are the insect larvae of the bot fly and are a common adult parasite found within the horse’s stomach. The female botfly can lay up to 1,000 distinctive yellow eggs on the hair of the horse’s legs and shoulders or around the eyes, mouth and nose.

The eggs are accidentally eaten by horses as they groom themselves or a companion. They then develop into larvae inside the horse, usually attaching to the stomach lining.

While bot eggs are easy to identify, bot larvae infection isn’t so obvious. Clinical signs are rare but infection can show as mouth irritation, ulcers or stomach irritation.⁵

To control bots, horses need a wormer containing ivermectin or moxidectin, administered in the winter after the first frost when the adult flies have died and before the bots mature.

For SQPs: Zoetis is committed to supporting learning across the equestrian industry. The company offers a series of Equine Worming Online Continuing Professional Development (CPD) courses for SQPshttps://sqptraining.learnupon.com.

For your customers: Zoetis has produced a sustainable worm control module for The British Horse Society’s Stage 3 Care Award www.bhs.org.uk/ pathways; and an educational website for horse owners www.horsedialog.co. uk contains a wide selection of articles on equine health and wellbeing.