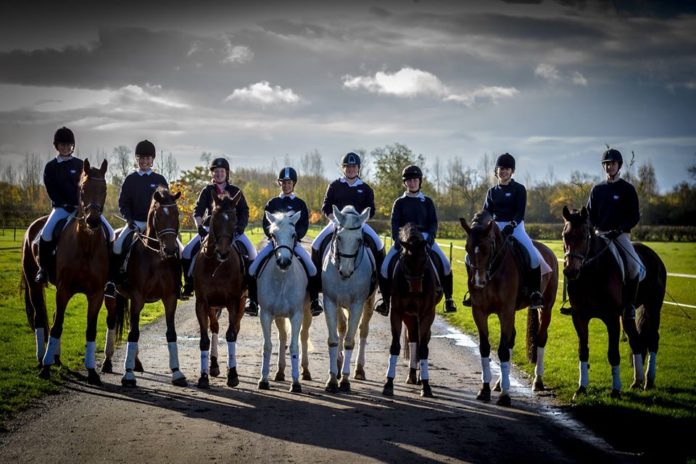 Centres that generate new customers for the trade are facing catastrophe.

Even in the best of times, there’s been concern that fewer UK riding schools means less people riding – and buying equestrian products.

Now these businesses, which are unable to operate under Covid-19 rules, say financial disaster could be imminent.

In addition, their employees and equine residents face uncertain futures.

Five riding school proprietors – including three Fellows of the British Horse Society (BHS) – have appealed for a national, co-ordinated effort to preserve this cornerstone of British equestrianism.

They warn that many riding schools are “desperate” and may never re-open following the lockdown.

“The impact on society without riding schools will be huge,” says Tim Downes FBHS, owner of Ingestre Stables in Staffordshire and the main signatory of an open letter.

“Unless the riding school industry receives immediate support, the benefits of riding and horses will be lost as a pastime to the general public.”

THE RIDING SCHOOLS’ LETTER IN FULL

“All business is facing financial hardship. However British riding schools still have the lives and welfare of their animals to cater for. And with a total loss of income, both equines and their carers will suffer in what can only be described as the most devastating and unrecoverable issue since the Second World War.

“All riding schools in the UK are now on lockdown.  Many have closed and will not reopen putting hundreds of horses and ponies’ lives at risk and causing extreme financial hardship for the many who are employed within the industry.

“The impact on society without riding schools will be huge, not only for the large group of riders who access equestrianism through Riding for the Disabled (RDA), but also for the thousands of people whose principle form of exercise is their regular riding lesson.  The negative impact on the mental health of all of those riders would be phenomenal.

“As the gateway to the industry for committed equestrians, riding schools currently play an enormous part. Their demise will have a huge impact on the future workforce.  Many of the leading experts in the field started their careers on riding school horses.

“Many riding school proprietors are in a state of total desperation, not only with many horses to feed and zero income, but also trying to stave off the inevitable loss of equine life.

“Many have turned to crowd funding as a short term means of survival. Sadly, this has not been organised on a national level but has been left to individual schools to work through the small print and legalities of raising funds in this way.

“There are various equine governing bodies in the UK.  Riding school proprietors are grateful for their part in passing on information, but many feel confused by conflicting advice and let down by the lack of financial support from organisations known to have huge financial reserves. The proprietors feel that a lot more guidance could have been offered immediately to enable them to stand a chance of survival.

“Unless the riding school industry receives immediate support, the benefits of riding and horses will be lost as a pastime to the general public.

“British riding schools are the backbone of equestrianism, not only in the UK but also in many other parts of the world. Without them, the long-term effect of the current situation will ultimately be a serious decline in the standard of horse welfare.”