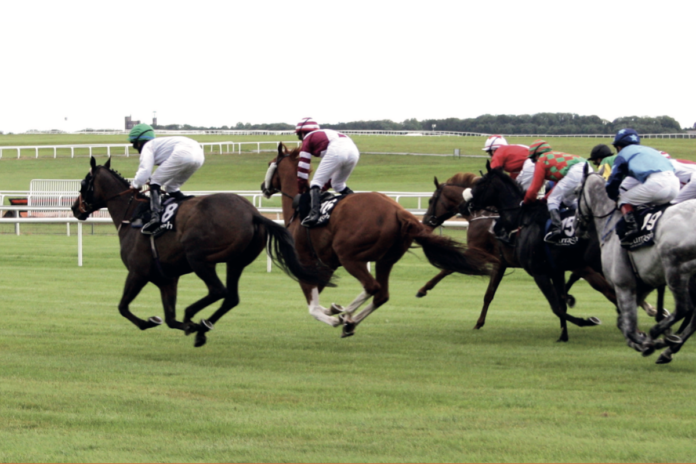 OXIDATIVE STRESS, PRIMARY ANTIOXIDANTS AND A NEW PERSPECTIVE ON JOINT AND MUSCLE MAINTENANCE

CPD points in a given period of time in order to retain their qualification. RAMAs/SQPs who read this feature and submit correct answers to the questions below will receive two CPD points. For more about AMTRA and becoming a RAMA/SQP, visit www.amtra.org.uk

Reactive Oxygen Species (ROS) are natural pro-oxidant molecules involved in many signalling pathways, however when there is an imbalance of pro-oxidant and antioxidant molecules, oxidative stress occurs. This imbalance can occur during physiological stress such as growth and intense physical activity, as well as metabolic and psychological stress.

Roughly 85-90% of all cellular oxygen is used by the mitochondria to produce energy in the form of ATP (adenosine triphosphate). However, during this process, about 4% of the total electron flux is lost leading to the formation of superoxide anions; the most potent of free radicals.

This means that the flux of ROS is directly correlated with the intensity of energy metabolism. Animals that are under higher physiological demand, such as exercise or a higher metabolic demand during renal failure for example, often generate more ROS.

ROS are toxic when present in excessive quantities in cells and will quickly weaken cellular structures and impair their proper functioning. Oxidative stress linked to the pathogenesis and development of many diseases due to DNA, lipid and protein oxidation.

A few examples of oxidative stress in relation to common issues for pet parents are obesity, aging and renal failure. Obesity has been correlated with an increase in oxidative stress biomarkers and a decrease in plasma antioxidant status. We are also aware that obesity is related to chronic inflammatory status where inflammatory signalling pathways increase ROS generation from mitochondria, contributing to oxidative imbalance and damage.

Secondly, oxidative damage has also been associated with behavioural decline, cognitive function and protein damage in the brain of aging dogs. In addition, primary antioxidant enzyme presence seems to decline in the brain with age; consequently, the ROS neutralisation pathway also declines.

Oxidative stress is also often associated with the weakening of muscle and joint membranes and impaired resistance to exercise and damage. Working and competition dogs are regularly pushed to their physiological limits to optimise success and fulfill their roles.

Intense physical activity is often underestimated as a major source of oxidative stress, leading to muscle micro-trauma, damaged muscle fibre ultrastructure and increased white blood cell infiltration: indicating the onset of an inflammatory response. This eventually leads to partial or total rupture of the muscle and the release of intra-cytoplasmic enzymes such as creatine phosphokinase (CPK) and aspartate aminotransferase (AST) into the bloodstream.

CPK and AST are both commonly used as biomarkers of muscle integrity and are found at increased levels after exertion.

An imbalance of oxidative stress in joints leads to a rise in inflammatory biomarkers such as prostaglandins (PGE2) or nitric oxide (NO), and a higher concentration of cartilage matrix components such as glycosaminoglycan polysaccharides (GAGs) in the synovial fluid, indicating cartilage damage that can lead to discomfort and pain. GAGs contribute to resistance and compression thanks to their ionic bonding with water, so a high synovial GAG content reflects a reduction in cartilage elasticity and its capacity to withstand forces efficiently.

If this natural inflammatory response is exacerbated, it can jeopardise the natural regeneration of damaged tissue. Regulating and balancing the intensity of the response is essential, as although it is potentially responsible for cellular damage, it is necessary for the healing process.

Even with a more sedentary lifestyle, joints and muscles are key elements in the day-to-day mobility of any animal. All pets can
be subjected to increased oxidative stress in the form of infection, aging, injury, inflammation challenges, improper diet and even emotional stress when left at home or in a busy environment.

Secondary antioxidants such as Vitamins C and E are supplied in feed and act as electron donors working downstream to neutralize existing free radicals at a 1:1 ratio.

A total antioxidant approach is best to optimise ROS neutralisation in all parts of the body.

SOD is the only enzyme able to dismutate and transform the superoxide ion at the start of the ROS chain, into hydrogen peroxide (H2O2). SOD supplementation has been seen to improve total antioxidant status (TAS) in racing Huskies after competition and similarly improve TAS and reduce inflammation biomarkers in horses during training.

Lower CPK levels in horse blood samples at rest and after exertion when SOD is supplemented within a diet have also been measured, suggesting a level of muscle cell membrane protection. Increased levels of SOD were found within the red blood cells themselves indicating a stimulation of the antioxidant defense system.

SOD supplementation also showed reduced PGE2, NO and GAG levels within synovial fluid before and after exercise, suggesting a reduction in inflammation risk and cartilage matrix alteration.

GPx converts the H2O2 into water (H2O) and oxygen (O2), meaning SOD and GPx, along with catalase, act synergically to prevent the formation of ROS and reduce oxidative stress. With selenium being an essential cofactor in GPx functioning, selenium is not only important in contributing to ROS reduction, as seen by reducing CPK and AST values in working and horses with myositis, but it protects all cells.

Selenium supplementation has been attributed to a strengthened immune system, increased reproductive health and improved coat and skin health and can optimise thyroid homeostasis and joint health in elderly and geriatric animals.

Organic peroxides (ROO°) and ROS can induce phospholipase A2 activation and the downstream production of prostaglandins by cyclo-oxygenases (COX). COX are also directly involved in ROS production and COX expression is increased in synovial fluid when joint disease is present, meaning SOD can be effective at reducing secondary free radical production (ROO°) as well as directly dismutating ROS, reducing the COX feedback loop. This further demonstrates the role of SOD and GPx in inflammation regulation.

The development and pathogenesis of many diseases, such
as obesity, are related to oxidative stress, as well as aging, joint and muscle maintenance and recovery. Primary antioxidants are the most efficient defence mechanism against ROS and oxidative damage, capable of a 1:1 million neutralisation ratio.

A positive antioxidant status is vital for maintenance and recovery as well as health and well-being, potentially helping to reduce risk of inflammation and injury in working and companion animals alike.