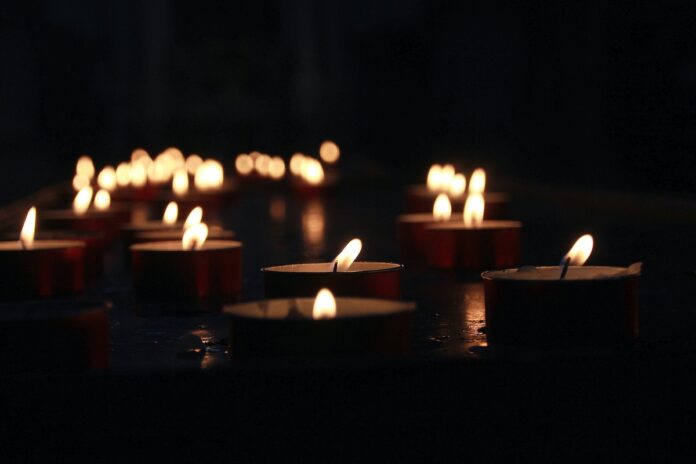 Tributes paid to hugely influential figure who “always had flair.”

Ken Lyndon-Dykes, the world-renowned saddle fitting expert and a giant in equestrian retailing, died on 28 February. He was 81.

Ken hailed from Faversham in Kent. Horses were always a large part of his life. As a young man, much to his parents’ disapproval, he gave up a place at Oxford University to run a trekking centre in Wales.

Ken soon went on to work in publishing, reaching the ranks of a high-level executive. It was literally by accident that he joined the equestrian trade some years later.

The plane Ken was flying in the 1970 British Air Race crashed following a bird strike. He woke up in hospital with a crushed spine to be told he would probably be confined to a wheelchair for the rest of his days.

Never one to be defeated, Ken devised his own rehabilitation programme and, by 1974, was not only back in the saddle but competing in international three-day events.

The plane crash had also left Ken unemployed. However, publishing’s loss turned out to be the equestrian industry’s gain.

As well as gaining respect across the industry for his innovative thinking about saddlery, Ken’s name became synonymous with his company – Kent Leather Distributors.

An initial equestrian retail outlet grew quickly into a chain of 56 shops and ‘shops within shops’ including a flagship site in Lillywhites’ Regent Street, London store.

Kent Leather Distributors acquired several well-known local saddleries around the UK. Ken invariably maintained these stores’ identity and kept on members of these family businesses to run them.

At Belfast saddlery Joseph A Gordon & Son, Roger Gordon - whose father had founded the business - stayed on to run the workshops.

Kent Leather also acquired Northumberland based Bart J Snowball from the liquidator, keeping former owner Sir Richard Renwick in place to run what was one of the country’s oldest saddlers.

After 28 years with Ken at the helm, Kent Leather Distributors was sold in 2000 to the board of directors. It left Ken free to concentrate on his saddle and saddle fitting business, Saddleworld.

Among Ken’s early business moves was to sell saddles and other goods by mail order, with a twist.

In 1989, Kent Leather produced a full colour, 100-page mail order catalogue - by Ken’s admission “at great expense”. It was priced at £2.95 to consumers, but the cost was re-fundable with a first mail order purchase.

Throughout his career, Ken was passionate about saddle fitting. Very early on, he recognised that, while consideration was given to the comfort of the rider, there was often little thought for the welfare of the horse.

This concern sparked a lifetime’s interest and he lectured and trained on saddle fitting all over the world. Ken was also a regular contributor to ETN with his Saddlery Matters column, and wrote many books on the subject.

Described in a tribute from the Society of Master Saddlers (SMS) as “a visionary in the saddlery industry,” Ken was the society’s president in 2016/17.

He helped develop SMS qualifications and courses, and was one of the course leaders for the SMS Saddle Fitting Qualification in its early years during the 1990s.

Always keen to support young saddlers at the start of their careers, in 2014 he set up the Lyndon-Dykes Saddleworld Fellowship.

In 2015, Ken received the BETA Lifetime Achievement Award to a standing ovation at the British Equestrian Trade Association’s Gala Dinner.

Claire Williams, BETA’s executive director, described him as “a successful businessman who has continued to give back to the industry throughout his career.

“Ken was a BETA Council member from the early days and it is thanks to his support in the 1980s that BETA continued as an independent organisation representing the whole equestrian trade.”

Ken remained an active member of the trade association and for some years sat on BETA’s Trade Fair Committee supporting the development of BETA International.

Always delightful and entertaining company, Ken was one of the trade’s more flamboyant characters.

Among those to pay tribute was Mike Williams, former sales director at Walsall saddle manufacturer E Jeffries and a contemporary of Ken’s.

“Ken was a prominent figure in the saddlery business and he will of course be greatly missed,” Mike told ETN. “To my mind, it was his rise to prominence in the mid/late seventies with his company Kent Leather Distributors where he really excelled.

“With his massively promoted Olympic dressage saddle, he managed to give us all a run for our money and do what the rest of us couldn’t - successfully sell dressage saddles into Germany under the noses of Stübben, Keiffer and Passier.”

Mike also shared a couple of enduring memories of Ken.

“We at E Jeffries had a dispute with him in the late 1970s. The matter nearly went to court…

“But just before it got to litigation, it was suggested that we meet to discuss and resolve it. And so we did, on Ken’s suggestion at the Cafe Royale in Regent Street!

“Then there was the time he exhibited at Equitana in Essen [Germany] and dressed his trade stand to resemble the drawing room of an English country house.

“I recall on one particularly slow afternoon during the show walking past Ken’s stand to find him being measured for a suit… Yes, Ken always had flair.”