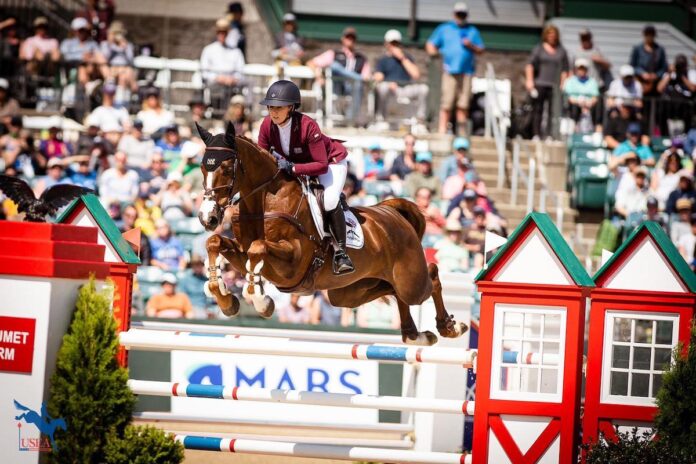 How a chance meeting led to a partnership with Britain’s new world champion.

Rider talent-spotting has become something of a speciality for Zebra Products, supplier of top-notch European brands.

The UK distributor had the foresight to sponsor Yasmin Ingham - who with Banzai Du Loir has just become eventing’s world champion - when she was still a relative unknown.

“We first met Yaz and her mum Lesley about eleven years ago when we were parked next to them at Weston Park Three-Day Event,” said Zebra Products’ managing director Simon Middleton who competes his and his wife Lindsay’s horses.

“It was Yaz’s first big competition with her pony. They had travelled over from the Isle of Man – and they were both super nervous.

“Nevertheless, Yaz did very well. Even back then, we knew she was going places,” added Simon.

“Thrilled… but not surprised”

Yasmin, now 25, went on to win the European pony eventing championship. She was runner-up at the Kentucky Three-Day Event this Spring before clinching the individual gold medal and world championship title in Pratoni, Italy.

“She’s a great talent,” said Simon. “Her horse is amazing and together they now rule the world - and quite rightly so… We’re thrilled, but not surprised.”

Simon attributes his talent-spotting abilities to being out and about with Lindsay at competitions up and down the country.

“We get to see the new talent early on in their careers,” said Simon who spoke to ETN from Hickstead where he had a young horse in the Nexgen young event horse finals.

In fact, he has form when it comes to having an eye for upcoming world and Olympic champions.

Zebra Product signed Charlotte Dujardin nearly 15 years ago when, as Simon puts it, “her amazing journey was really just beginning.”